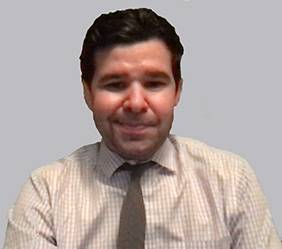 Scott Sundvall arrived at the University of Memphis (UofM) in 2016 after receiving his PhD in English from the University of Florida, and he is currently an assistant professor in the Department of English. He served as the Director for the Center for Writing and Communication (CWC) at the UofM from 2016-2021, and he is currently the Faculty Senator for the Department of English.

Sundvall’s research focuses on the novel intersections of new media technology and rhetoric/writing studies, with a particular focus on electracy. His work on electracy, contemporary political rhetoric, critical and rhetorical theory, critical pedagogy, and activist rhetorics has been published in Philosophy and Rhetoric, Computers and Composition, Composition Forum, Textshop Experiments, Media Fields, enculturation, Hyperrhiz, and various edited collections. His own edited collection, Rhetorical Speculations (2019), explores the exigence for a speculative modeling of, and proactive approach to, digital humanities in general, digital rhetoric and writing in particular.

Sundvall is currently completing two monographs. The first, They Shoot [at] Live Children, Don’t They?, uses a cross-genre, diary-entry form to explore the rhetoric of American (gun) violence from his own subject-position. This book explores the intersections of race, gender, class, toxic masculinity, cultural pathology, and the logic of late capital relative to the rhetoric of American (gun) violence by advocating a rhetorics of visibility. His other monograph in progress, Back to the Future of Rhetoric, examines the inversion of content and otherwise style in contemporary rhetoric via the context of electracy. He is also currently co-editing a collection on electracy, Problems B Us, as well as co-editing a special issue of Convergence on post-COVID digital pedagogy.