The theme for the exhibition is "Tolerance through Art Education." Each alumnus must submit one recent work of art, and two students' works (one male and one female). The artwork must convey the idea of tolerance. Student work may or may not show a relationship to their Art Teacher's work. Please make sure the works of art submitted are ready to hang and are constructed to withstand being hung. Art is a form of communication. The visual language of pictures and symbols spans cultures and breaches the boundaries of speech. Viewers personify it by asking: What does it mean? What is the art saying? The sculptures in Greely Myatt's show, "Maybe I Can Paint Over That," at Sandler Hudson Gallery depict these articulations and audience-art conversations.

The symbols Myatt creates out of cut wood and bent steel are ubiquitous icons that have been used, in different iterations, for over 1,400 years. Thought and speech bubbles were in use as far back as 600 A.D. in Mesoamerican art, appearing in the form of scrolls streaming from the speaker's mouth. Over the years, these visual representations of speech have taken the form of scrolls, balloons, and bubbles in illuminated manuscripts in the Middle Ages, political cartoons during the Revolutionary War, the first-known newspaper comic cartoon Yellow Kid in the late 1800s and the golden age of comic books that followed in the decades after, then again when Pop artists adopted the visual language of comics. Myatt's free-floating speech and thought bubbles mimic a Pop art sensibility, but in a way that translates the symbol into the language of our current era, where it has been recast in technological correspondence and advertisements. Read full article. 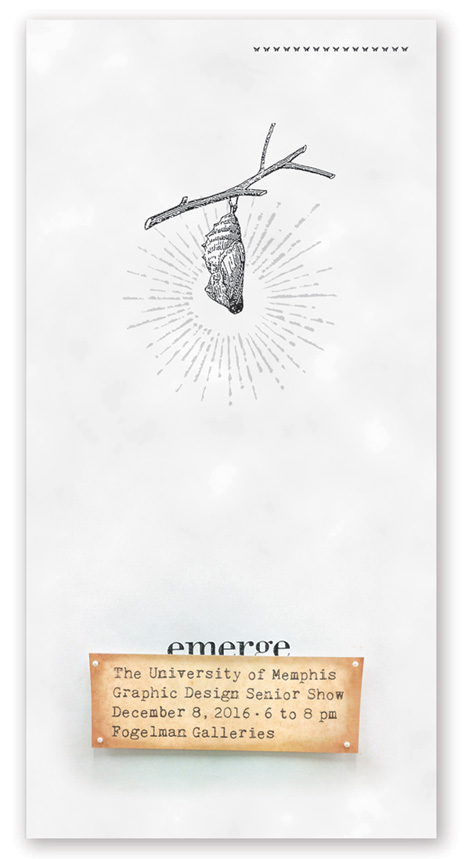 U of M's Egyptian Institute Will Host November 10th Lecture
"City of the Falcon: Excavations at Egypt's Earliest Capital" The Institute of Egyptian Art & Archaeology and the Department of History of the University of Memphis, in association with the Tennessee Chapter of the American Research Center in Egypt, will co-host the eleventh annual William J. Murnane Memorial Lecture on Thursday, Nov. 10, in the Art and Communications Building, room 310. Dr. Renee Friedman, Curator in the Department of Ancient Egypt and Sudan at the British Museum, London, will present at 7:00 p.m. A reception will precede the lecture, at 6:15 p.m. Both events are free and open to the public. Pay parking is available in the Innovation Garage (Lot 40), located next to the Fogelman Executive Center.
Dr. Friedman earned her doctorate at the University of California, Berkeley, and is a world renowned scholar specializing in the earliest stages of ancient Egyptian prehistory and history. She has extensive field experience in Egypt, including leading excavations at the ancient city of Nekhen / Hierakonpolis, where she has served as director since 1996.

Dr. Friedman will be speaking on the ancient Egyptian city of Nekhen, which was known to the Greeks and Romans as Hierakonpolis ("Hawk-town"). Nekhen was one of the largest urban centers during the fourth millennium bce. Its great temple of the hawk god Horus produced some of the most important early artifacts known from ancient Egypt, including the Narmer palette, which appears to document the unification of Upper and lower Egypt over 5,000 years ago. The site continues to yield important information about Egyptian history. Dr. Friedman will present some of her most recent research on the site. The Institute of Egyptian Art & Archaeology, in association with the Tennessee Chapter of the American Research Center in Egypt, will host a public lecture on Thursday, Oct. 27, in the Art and Communications Building, room 310. Dr. Rita Lucarelli, Assistant Professor of Egyptology at the University of California, Berkeley, will present at 7:00 p.m. A reception will precede the lecture, at 6:15 p.m. Both events are free and open to the public. Pay parking is available in the Innovation Garage (Lot 40), located next to the Fogelman Executive Center.

Dr. Lucarelli studied at the University of Naples "L'Orientale," Italy, and received her M.A. degree in Classical Languages and Egyptology. She holds her Ph.D. from Leiden University in the Netherlands. She is currently completing a monograph on demonology in ancient Egypt and she is one of the coordinators of the Ancient Egyptian Demonology Project: www.demonthings.com. In 2006, her doctoral dissertation was published as The Book of the Dead of Gatseshen: Ancient Egyptian Funerary Religion in the 10th Century BC.

Dr. Lucarelli will be speaking on the character of ancient Egyptian magical practices, with a special focus on the role of demons. Dr. Lucarelli will discuss the current scholarly understanding of the terms "magic" and "demons" in ancient Egypt. Information from Egyptian texts and artifacts, including magical spells and objects employed in ritual contexts, will be presented and comparative views with other demonologies from antiquity will also be explored. On Tues, Sept 13 (WKNO at 9:00 pm), PBS will air the last of three "TED Talks" specials highlighting themes from last November's six-night series of "TED Talks Live" in NYC. I worked with photographer Sarah Rossi and animator Dan Baker (both Memphis-based) to create all the stuff on stage behind the speakers & performers: it's a full-stage video screen with content created here in Memphis.

Physical set design is by NYC-based Seth Easter Design and consisted entirely of LED screens wrapping the stage. The screens are filled with animations, video, and photography that we designed, and was programmed on-site at Broadway's Town Hall Theater with NY-based Peter Acken. Sarah & I photographed some of the material for this series here at the UofM, as well as Idlewild Elementary in Midtown (shown below in blue-green) and Memphis Equipment Company downtown. 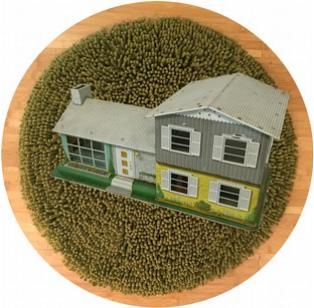 Sue Johnson: Home of Future Things is an exhibition featuring works by the artist Sue Johnson that considers the cyclical nature of mass consumption. The exhibition features small-scale works on paper as well as floor-to-ceiling vinyl panels and decals that the artist has designed—transforming the gallery into the interior of an ideal, modern home. As the exhibition title suggests, Johnson envisions a world in which the home is nostalgic and familiar yet also reduced to an empty space existing simply to house various things. Johnson's work makes various art historical allusions ranging from ancient Greek mosaics and 17th-century Dutch still-life paintings to Dada and Pop collages. Despite spanning a vast expanse of time and place, these references share a common fascination with commodities and excess that Johnson remixes through a 21st-century lens. Specifically, her work is rooted in the Dutch still-life tradition of vanitas—images that contemplate the transience of life through the display of objects with symbolic meaning. Her process intentionally blurs the boundaries between the real and imagined,historical and timeless, hand-painted and digital. What results is an immersive environment constantly tugging at our sense of reality. 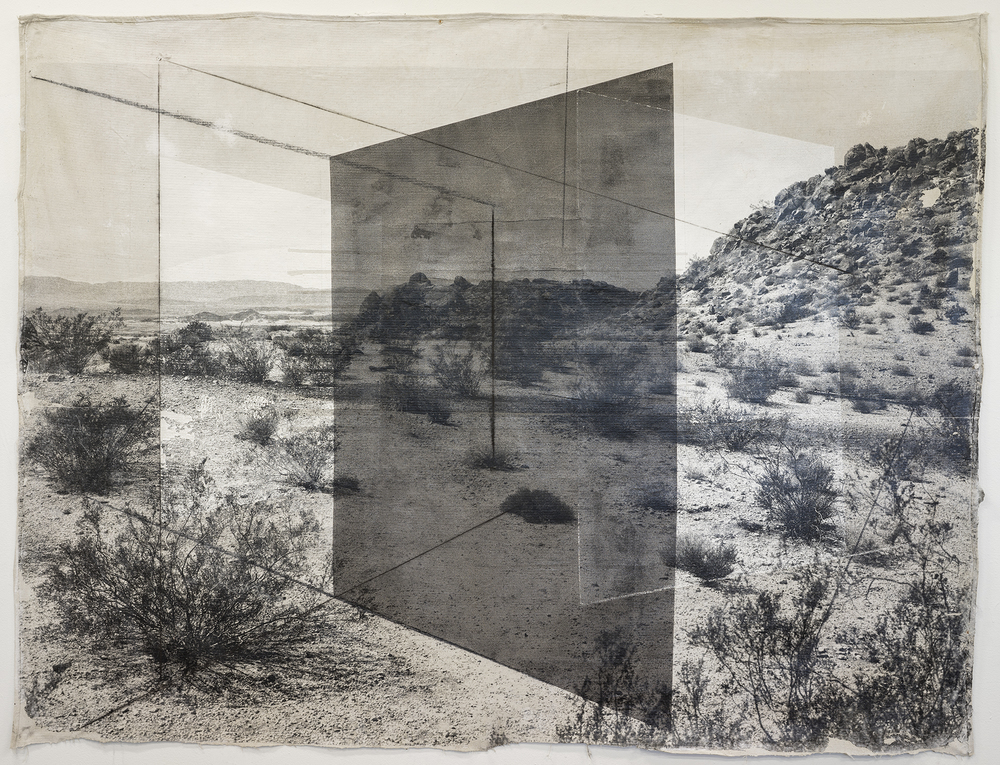 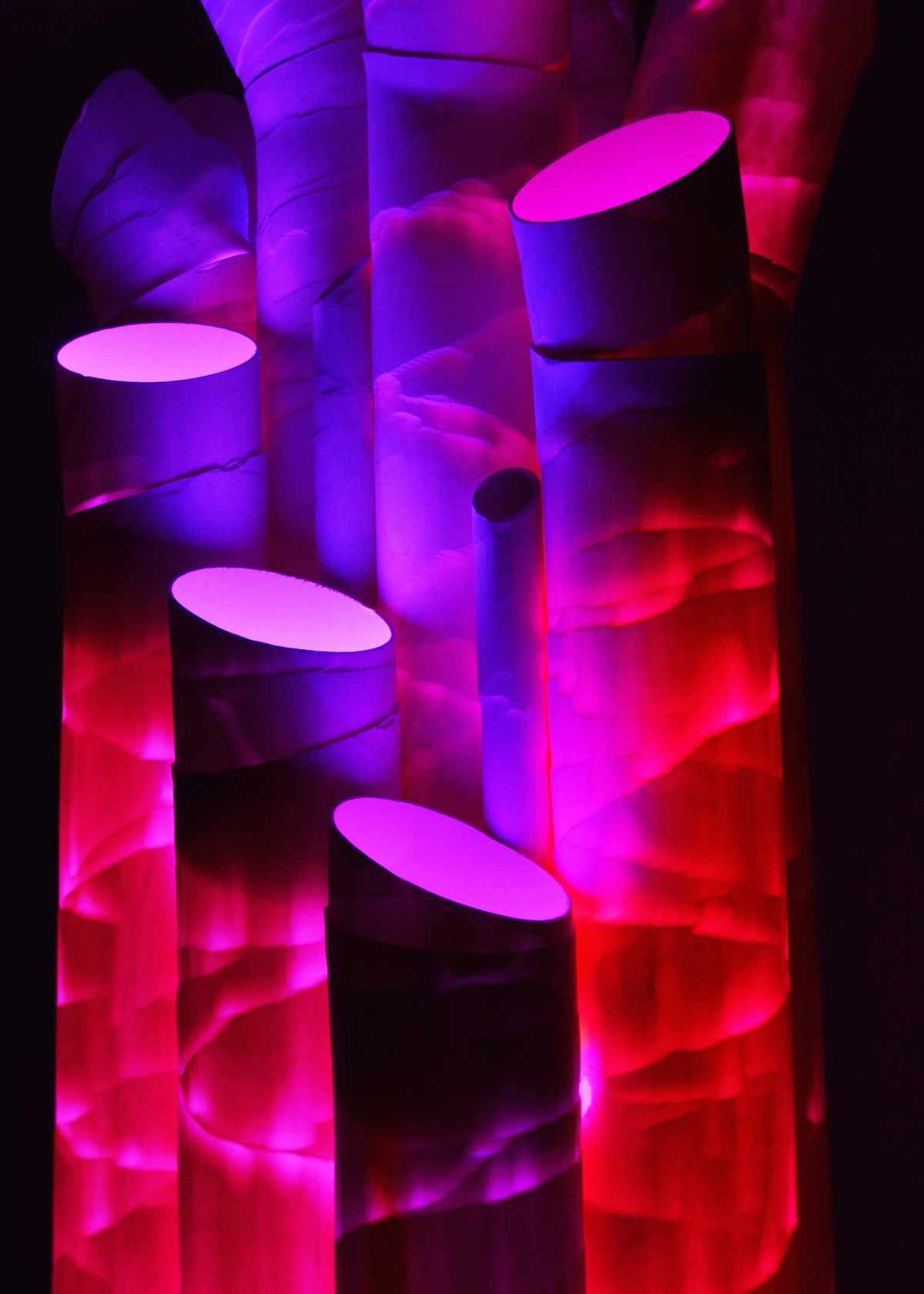 Hunter Hamilton, BFA Graphic Design 2015, won a Gold Award in the Print Advertising Category at the Arkansas State University chapter of The American Institute of Graphic Arts Student Graphic Design Show in March for a poster he designed for the University of Memphis Focus Fest Film Festival.

Gary Golightly, Associate Professor of Graphic Design, has a poster featured in the book Presenting Shakespeare: 1,100 Posters from Around the World, by Steven Heller and Mirko Ilic, published by Princeton Architectural Press last fall. Presenting Shakespeare collects 1,100 posters for Shakespeare's plays, designed by an international roster of artists representing 55 countries, from Japan to Colombia, India, Russia, Australia, and beyond. Professor Golightly's poster was done for the University of Memphis Department of Theatre & Dance in 2010, for the production of Shakespeare's Comedy of Errors. The poster was also included in the exhibit Presenting Shakespeare: Much Ado About Posters, at the Art Director's Club gallery in New York, from May 5-19. Assistant Professor Coriana Close, was recently interviewed in The Focus, for Locate Arts. She talks about several recent projects including work currently on view at Mysterious Flight of the Peacock, Coop Popup Gallery Nashville.