MemFit - Don't let rumors keep you from the Rec! by Sidney Hall, Intern, U of M School of Health Studies 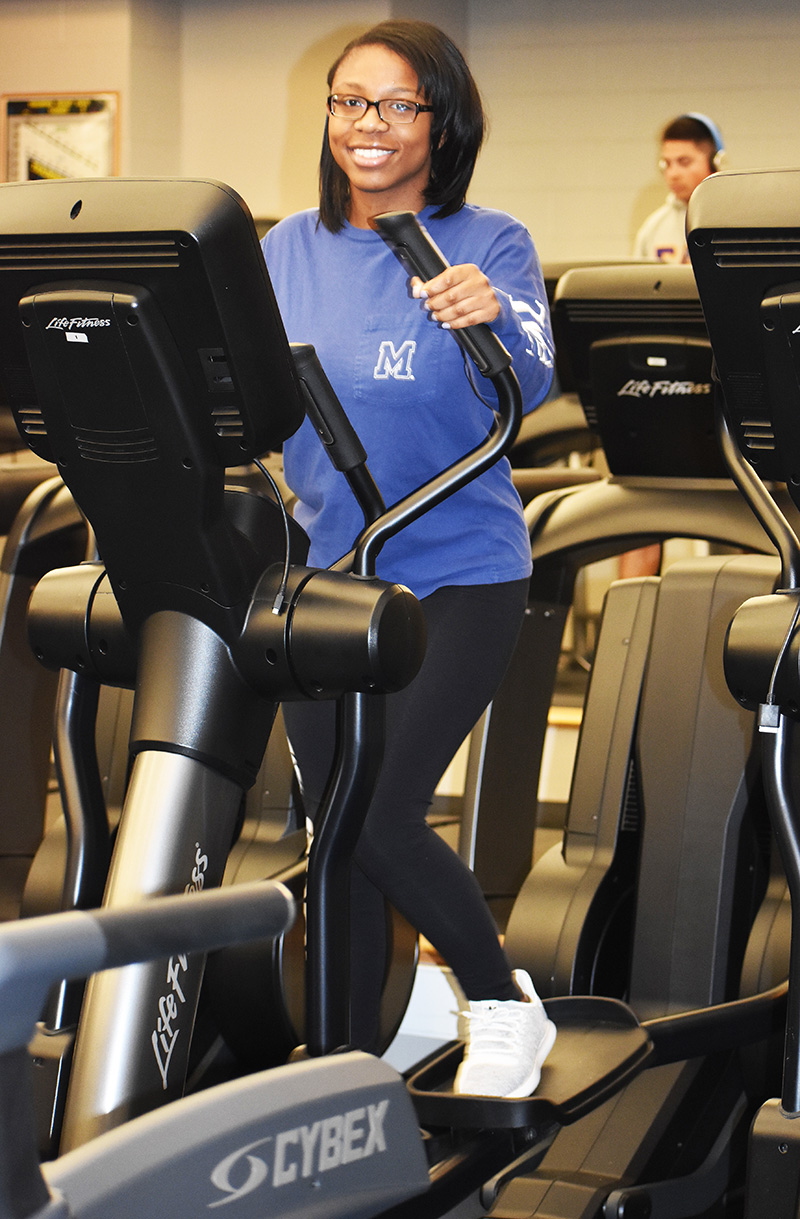 by Sidney Hall, Intern, U of M School of Health Studies

I have been a student at The University of Memphis since August 2012 and I will be graduating this December. Out of all these years of attending the U of M, I've only been to the Rec Center maybe four times. Crazy, right? Especially since I know all that the Rec Center offers. On top of that, everything that I wanted to be involved in was free for me! When I look back, I really wish I would've taken advantage of the Rec Center more. The only thing is, somehow I listened to a lot of rumors about the rec without even confirming if they were even true. My freshmen year, when I first debated on going, I had friends who said that the rec was only for upper-level classmen and that freshmen would get treated like they didn't belong there. Once I heard that, I definitely didn't want to go, because I didn't want to feel bad for coming or feel isolated. Another rumor was that the Rec Center was a meet-and-greet and students rarely worked out. I was also under the impression that the gym in the rec was huge, but I prefer smaller gyms.
With all of these different reasons, I made up my mind to stay as far away from the Rec Center as possible. Surprisingly, during my freshmen year, I lost 15 pounds, which I owe to the huge campus and getting lost literally every day when looking for my classes.

After losing that weight, my goal was to keep it off with a healthy diet and exercise. By my sophomore year, I found that trying to eat healthy with a small budget and at 19 years old wasn't the easiest thing in the world. This was right around the time I started socializing and eating out at all times of the night, so that weight I lost started to come right back. My next attempt to keep the weight off was to join a gym. The Rec crossed my mind, but then I thought about all of the rumors I had been told my freshmen year, so I continued to stay away. There were a few gyms I considered, but they cost way too much. I also couldn't make myself give so much money to a place that I knew for sure I couldn't be every day, because of school and work. Through all the indecisiveness, my eating and work regimen had become completely thrown off. By my junior year, all the weight I lost had come back, unfortunately. I was so upset about my weight gain and not having any control over it that I didn't even care about the gym. Throughout this time, I would still try to eat right and at least walk at the park, but I saw no results. I then decided to join an inexpensive gym, which was okay starting off, but I didn't care for the long-distance drive. Finally, my senior year had arrived and I was still unsatisfied with my weight and I was stuck when it came down to looking for the next and best move to change it.

Then one of my friends suggested that we set up dates to go to the rec each week and work out. I told her about all the rumors that I had heard about the rec and why I didn't go before. Once I finished talking, I remember her having a confused look on her face. She told me how she never dealt with any of those things I told her about. After she said that, I agreed to start working out there. I kept in mind that if I didn't feel comfortable once I went for the first time, that I wouldn't go back, but my first time working out there actually surprised me! I realized how wrong I was with all those rumors about the Rec. I got to the point where I would go almost every day when I could, because it was close, free, and the machines were awesome! I even began to see results within myself. My outer and inner selves had both become better. I even started to bring my younger sister, and we both would work out together.
When I think back, I really wish I would've taken full advantage of the rec and its wonderful benefits. I let almost five years go by and never thought to go because of rumors. This was a lesson learned that I could also apply to life regarding other things that hold me back because of a certain perception I have on something. I know now, when in doubt, to ask questions. I also learned to do my research on things that I feel skeptical about. I feel like I would've gotten a lot more out of the Rec Center had I started coming sooner. I do intend on continuing to come work out and enjoying the benefits the rec offers after I graduate, though!