About the Pinch Journal 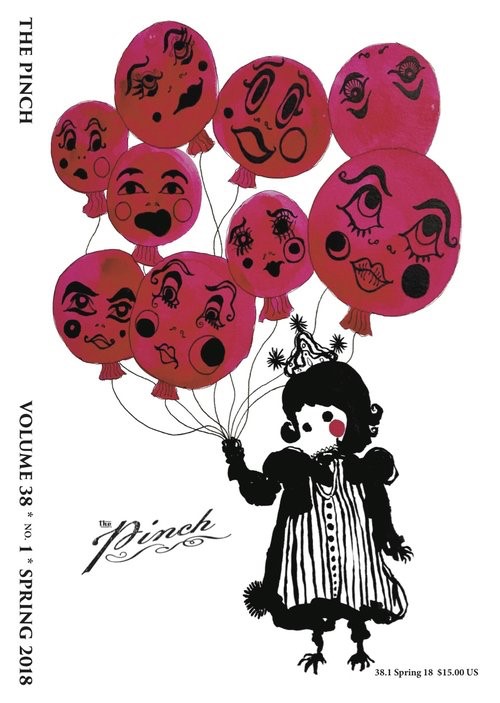 The Pinch was founded in 1980 as the Memphis State Review by William Page. In its first few years, the journal published such well-known writers as Robert Bly, Phillip Levine, Mary Oliver, Robert Penn Warren, and Margaret Atwood.

In 1988, the Master of Fine Arts in Creative Writing Program was formed at The University of Memphis, and Page handed his Editor in Chief position to Sharon Bryan. Under Bryan's leadership, the Memphis State Review became River City and published notable issues such as "Where We Stand: Women Poets on Literary Tradition," which was later published as a book by W. W. Norton & Contemporary Culture.

From 1998 to 2001, Editor in Chief Thomas Russell returned River City to its focus on creative and literary works. He also published a special issue for the 20th Anniversary of The River City Writers Series featuring the works of famous authors such as Donald Justice, Marvin Bell, Adrienne Rich, Lucille Clifton, Mary Gaitskill, John Updike, and Margaret Skinner, as well as the photography of William Eggleston. In 2002, Editor in Chief Mary Leader refocused the journal to an emphasis on poetry.

Kristen Iversen took over as Editor in Chief in 2005. During her tenure, the journal transitioned into The Pinch and expanded its focus on creative nonfiction. In recent years, our contributors have included Linda Gregerson, Bobbie Ann Mason, Lee Gutkind, Scott Russell Sanders, George Singleton, Lee Sharkey, Ron Rash, Bob Cowser Jr., Stephen Church, Robert Root, Dinty W. Moore, Floyd Skloot, and many others. During this time, The Pinch also became notable for its logo and award-winning covers, which were designed by Gary Golightly, the Graphic Design Program Coordinator of the University of Memphis Art Department.

The Pinch is a bi-annual literary journal produced entirely by students at the University of Memphis MFA Program and English Department. As always, all submissions fees and other support go toward funding our annual contest, our contributors, and our production costs.

In 2021, Dr. Eric Schlich became the current Editor in Chief.

a message from the editors of the pinch journal

As always, The Pinch is a graduate student run journal.

We are grateful for the support of our friends and alumni. Your gifts make an enormous difference in the experience we offer to our students and to the continuation of this creative effort. You can make a gift to The Pinch Journal through the University of Memphis secure online system, or by visiting the UofM Development office. You can subscribe to the printed edition of The Pinch Journal here.

We do our best to honor and reflect the enthusiasm, artistry, and the eclectic voices that have marked Memphis and its historic 'Pinchgut' District for over a century within the pages of our journal, both in print and online. Questions, comments, and suggestions about our publication are welcome.