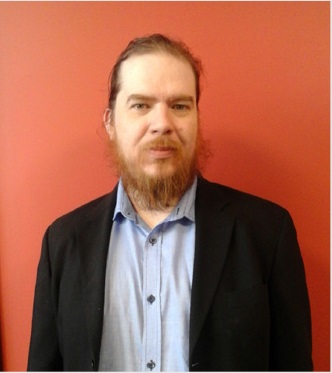 My research examines a wide swath of the Ancient Mediterranean and Near Eastern History, roughly from the fifth century BCE to the fifth century CE, with particular emphasis on naval trade, communications, and warfare. I argue that understanding the explicit and implicit biases of our source material is crucial to understanding the social dynamics of the ancient world.

I work closely on the Hellenistic Period of Greece and the Middle Republic of Rome (that is, the third and second centuries BCE), but I also examine pirates, bandits, and mercenaries across a much wider chronological span.

(In progress) "The Magnification of Pompey" Mediterranean Historical Review.

Review of Christian Marek's In the Land of a Thousand Gods: A History of Asia Minor in the Ancient World for Classical Journal (2017.07.06).

I also write for non-academic audiences, such as the magazine Ancient Warfare.

"Manipulating Social Status, the Army, and Immigration in Late Antiquity" 2nd Research Forum of the Tübingen Center of Advanced Studies

"The Micropolitics of Mobility in Late Antiquity and the Early Middle Ages" (Tübingen, Germany July 19-20, 2018).

"The Violence Monopoly: Legitimacy, Imperialism and 'the Other'." at the Celtic Conference in Classics (Montreal, QC, July 19-22, 2017).

"Military Protests and Mutinies in the Republic" at the Association of Ancient Historians (Tacoma, WA, May 5-7, 2016).

"The Historians' Agenda for Pirates: Describing the Balearic Campaign," at Classical Association of the Middle West and South, (Waco, TX, April 2-5, 2014).

Currently, I am editing a few articles on various aspects of Roman warfare and, in my copious spare time, working on my book Ancient Piracy and Historiography, which discusses, among other things,
1) shifts in attitudes towards piracy and pillaging in the ancient world,
2) the political usage of the word 'pirate' by ancient writers,
3) the ancient military's economic role in employing (and dismissing) pirates and mercenaries.