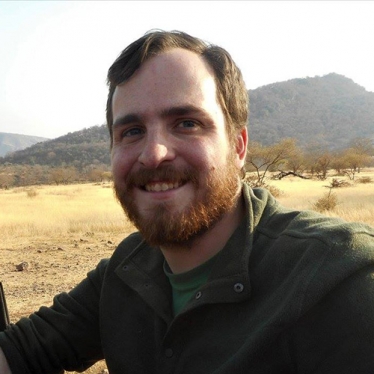 Encounters of Islam and Empire: The Hajj in the Early Modern World, Dissertation (Yale University, 2020)

"Pirates and Pilgrims: The Plunder of the Ganj-i Sawai, the Hajj, and a Mughal Captain's Perspective," Journal of the Economic and Social History of the Orient (JEHSO).(March, 2021)

“Piracy and Pilgrimage: The Plunder of the Ganj i Sawai and the Early Modern Hajj Middle Eastern Studies Association Annual Meeting (Online - October 2020).

“The Seasonality of Imperial Power: The Hajj in the Seventeenth Century,” University of Southern California (UCLA), Department of History, (February 2020).

"Between Empire and Sacred Space: Mecca as a Global Space in the Early Modern World," at the Mecca: The Lived City Symposium, Harvard University, the Center for Middle Eastern Studies (May 3rd 2019).

"Imagining Space: A Mughal Pilgrim's Encounter with Empire and the Islamic World," at the Narrating the Hajj Conference at the University of Groningen, Netherlands, December 2019.

"A Season for Empire: The Hajj in the Early Modern World": The Hajj in the Early Modern World, building off my dissertation research, this project seeks to understand the seasonality of early modern Ottoman imperial power in the holy cities of Mecca and Medina. The work utilizes hajj pilgrimage narratives in Ottoman Turkish, Arabic, and Persian to understand the competing political imaginations of the contested sacred space of Mecca and Medina (the Harameyn). These narrative sources are then paired with a study of archival material from the Ottoman archives with a primary focus on the Surre Registers which are a detailed collection of stipends paid by the Ottoman state to individuals living in Mecca and Medina. The examination of these documents is brought together using GIS mapping and the examination of a Surre database I created for the thousands of stipend recipients found in just one year of the Surre Registers (1671). The work tackles questions of the relation between time/distance/space with early modern imperial power, the history of encounter, the creation of communities of belonging, and early modern global connectivity outside of a Eurocentric framework.

"Distance and Empire": The Hajj, Seasonal Power, and the Making of an Ottoman Arabia, 1517-1872, This work will be one of the first early modern histories of Ottomans in Arabia and the longer history of the Ottoman Empire in the region up until the creation of the Vilayet of the Hijaz – remaking the region into an official Ottoman province. The project focuses on a broad survey of the Surre Registers using them to track imperial influence in the region from the early Ottoman claims to the region in 1517 to the increasing Ottoman involvement in the city of Medina throughout the seventeenth century, and to the eventual creation of the Ottoman province of the Hijaz in Arabia in the nineteenth century. This project will seek to complicate our understanding of 'Ottoman Arabia' or the 'Ottoman Hijaz' by first arguing that historians should first rethink our assumption that the holy cities of Mecca and Medina were even functionally part of the Ottoman Empire before the mid-19th century. This reframing forces us to reexamine the unique political and social dynamics between the Sharifs of Mecca, foreign residents of the holy cities, local tribes, and imperial Ottoman endowments which defined the history of the region during this period. This project will both be a global history of Arabia (the Hijaz more specifically) and its relation to empire and the rise of the modern state.

"Simulating the Hajj": The other project I am working on is a free to play text and image-based browser historical simulation based off travel accounts and early modern pilgrimage narratives. The simulation, the Hajj Trail (www.hajjtrail.com), is designed to be used in the classroom as a different medium in which students can interact with the early modern Muslim world. Currently in development, we are continuing to add to the simulation and hope to grow the number of collaborators working on the project over the coming years. The first stage of the simulation takes students along the hajj route from Istanbul to Mecca in the year 1680 with events, locations, and time of travel all based off various pilgrimage narratives utilized in my own research. The plan is to expand the simulation over the coming years to have the option for additional pilgrimage routes from Morocco, Iran, and India as well. The educational goal of the simulation is to spark student interest in the history of the region by introducing them to the images, stories, and locations related to travel in the early modern Ottoman Empire. The simulation acts like a choose your own adventure as you make choices along the way on what to do and which roads to take. Historical background information is added to each stop and includes quotes from primary sources to give students a sense of what living and traveling in the early modern Ottoman Empire was like. This passion project is designed to make the history of the early modern Ottoman Empire more accessible to students and the public at large, as there are not many digital history tools available to teachers of Middle Eastern history as compared to other fields. While the simulation is still in development, our website metrics show that we have thousands of unique visitors per month!