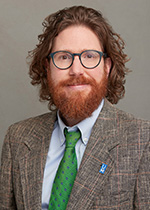 Dr. Meindl received his MA from Penn State - Harrisburg and his PhD in Applied Behavior Analysis and Special Education from The Ohio State University. He has worked as a behavior analyst in both home and school settings. His work in these settings included developing academic programming, teaching independent living skills, and focusing on problem behavior - primarily self-injury and aggression. In addition to his clinical work, he has a wide range of research interests including identifying factors that influence choice and preference, contrast effects, interventions for aggression and self-injury, and the effects of delayed consequences. Dr. Meindl's Sponsored work has been funded by the Memphis chapter of The Urban Child Institute. He has authored or co-authored articles published in numerous journals including Behavior Analysis: Research and Practice, Archives of Scientific Psychology, and the American Journal of Public Health.