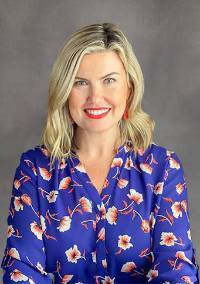 After graduating from New York University, Jessica began her career as a news assistant for NY1 where she covered the Miracle on the Hudson, Bernie Madoff's arrest, and the rebuilding of the World Trade Center.

She then moved to Charlottesville, Virginia to work as a multi-media journalist, where she won an AP award for her investigation into sex offender rehabilitation.

Jessica reported for the NBC affiliate in Richmond, Virginia, and the ABC affiliate in Atlanta before she and her husband settled in Nashville, where she was honored with an Emmy nomination for a digital documentary she produced and wrote about the Waffle House mass shooting. Jessica was also able to implement change with her investigation into Nashville's 911 system; she uncovered a fatal flaw that may have contributed to the death of one of the Waffle House shooting victims.

In 2019, Jessica moved to Memphis to re-launch The Investigators unit at Action News 5. Her coverage on excessive force complaints against Memphis Police officers landed her a Regional Edward R. Murrow Award.

Jessica now hopes to inspire and train the next generation of journalists so that the Fourth Estate continues to hold the powerful accountable and account for those without power.