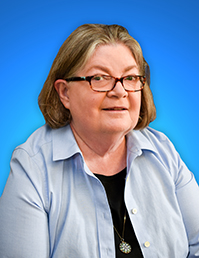 Dr. Sandra Utt was one of the first women to join the Department of Journalism and Strategic Media in 1984. She currently is assistant chairman and head of the advertising major. She has been co-editor of Newspaper Research Journal, an academic refereed journal sponsor by the Newspaper and Online News Division of Association for Education in Journalism and Mass Communication (AEJMC), since 2001. She also has served as chair of the Strategic Planning Committee, the Standing Committee on Research and the Membership Committee of AEJMC. In addition to AEJMC, she has been actively involved on the Accrediting Council for Education in Journalism and Mass Communication and has served on more than 10 accreditation site visitation teams.

She has also been active in the American Advertising Federation (AAF) both at the local, district and national levels. Nationally, she has been active in the Academic Division since the late 1980s and has served as chair of the National Education Executive Committee (NEEC) and served on its national Board of Directors. The AAF annually sponsors the National Student Advertising Competition (NSAC), a national advertising competition where universities create an integrated communication campaign for the national client. Students compete at district and national levels. In additional to the NSAC, the AAF also sponsors the Most Promising Multicultural Students (MPMS) program and the Vance Stickell Internship program.

In 2015, she was awarded the inaugural D. Mike Pennington Award for "Outstanding Mentoring" for advising undergraduates and graduate students and mentoring junior faculty. Some of Dr. Utt's accomplishments come from her students' achievements. For several years, at least one student has been selected for the MPMS program, the NSAC team has placed in the Seventh District competition and a member of the presentation team has won "Best Presenter." Recently, a student won one of the 20 national Vance Stickell Interns. Each year, the top 20 advertising students in the country are selected for a 10-week internship with a national company. Also, both undergraduate and graduate students she has mentored are currently teaching at Kent State University, California State University-Fullerton and Ohio University.