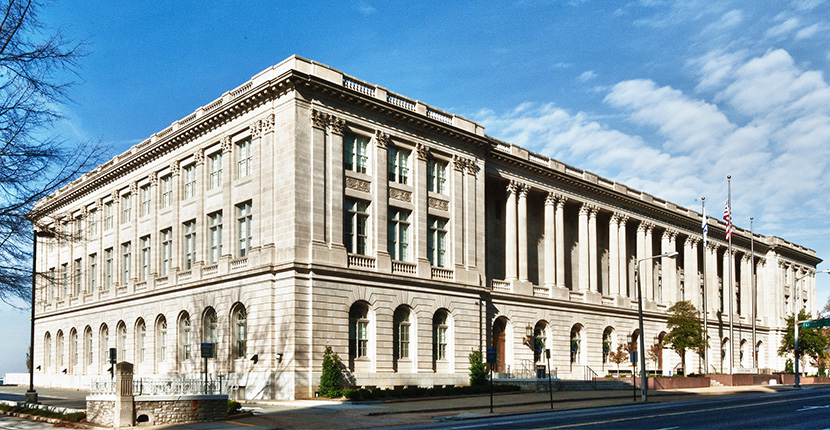 The School of Law

The University of Memphis Cecil C. Humphreys School of Law provides an affordable, intellectually rigorous, and practice-oriented legal education and promotes student success, research, community engagement, diversity and inclusion, professional responsibility, and justice. The School of Law is most proud of its strong commitment to diversity, its outstanding students, and its state-of-the-art facilities.

The School of Law at the University of Memphis was founded in 1962 and was accredited by the American Bar Association in 1965 in response to widespread interest in developing a full-time, accredited law program to serve the Mid-South. The School was named in honor of Dr. Cecil C. Humphreys, then-President of what was then Memphis State University and an educator of great distinction. Dr. Humphreys spearheaded the group that worked with the state legislature and the ABA to establish and obtain accreditation for the law school, which is an active member of the Association of American Law Schools.

Over the past 125 years, the building that now houses the School of Law served as a U.S. Customs House, a Federal Courthouse, and a Post Office. The building was placed on the national Register of Historic Places in 1980.

Constructed in the 1880s, the original building reflected the Italianate Revival style, had four floors, and was considered one of the most beautiful buildings in the South. The building grew along with Downtown Memphis. During several projects, limestone was added on the exterior of the building and marble was added to the interior. While the Custom House and Federal Court relocated, the Post Office maintained offices in the building until the Law School renovation began in early 2008.

Architects discovered and restored beautiful woodwork and intricate, hand-painted stencil designs. Wainscot paneling was repaired and relocated to various parts of the building. Original plaster decorations were restored, such as those on the ceiling in the Historic Courtroom.

In January 2010, nearly 500 students, professors, and staff began occupying the 169,000 square foot building, which functions as a state-of-the-art, 21st century learning environment, complete with wireless internet access, an open and accessible law library, clinic law office, and all the amenities of a modern, high-tech facility. Despite the renovations, the building retains much of its historic look. After a $48 million renovation, combining both historic and modern elements, the home of the School of Law will continue to serve the Memphis community for decades to come.

The law library serves as a resource for students, faculty members, and local judges and attorneys. The library's collection includes primary resources in both federal law and the law of all 50 states and the District of Columbia. The collection contains practice materials, international and comparative law resources, court records and briefs, treatises, legal newspapers, and historical archives.

Students can access their University accounts and library online resources from the campus-wide wireless network and also from home. The computer labs provide access to online research services and instructional materials for law students, as well as free access to standard office software. First-year students are introduced to both traditional and computerized methods of legal research in their Legal Methods course.