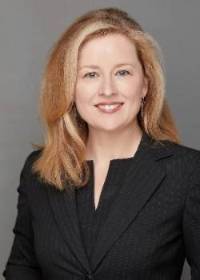 Professor Morris joined the faculty in 2017 after fifteen years of law practice, most recently as a member of the Memphis firm Burch, Porter & Johnson, PLLC. There, her litigation practice focused primarily on employment law and commercial disputes, particularly in federal court.

Prior to joining the faculty, Professor Morris practiced as a litigator for ten years with Burch, Porter & Johnson, PLLC. She clerked for Judge Julia S. Gibbons on the United States Court of Appeals for the Sixth Circuit and for Judge Hardy Mays of the United States District Court for the Western District of Tennessee. Professor Morris has also served as an Adjunct Professor in the Legal Methods program; as president of the Federal Bar Association's Memphis/Mid-South Chapter; as a director of The Hospitality Hub, a non-profit organization aimed at helping homeless individuals; and as a member of the Standing Local Rules Committee of the U.S. District Court for the Western District of Tennessee.