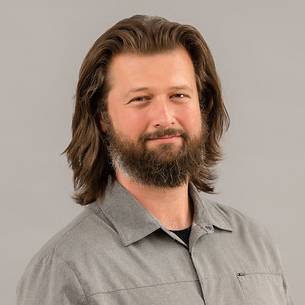 A native of Poland, Dr. Marcin Arendt is an active chamber musician, soloist, & teacher. As a professor of violin at the University of Memphis' Rudi E. Scheidt School of Music, Dr. Arendt enjoys teaching a thriving studio of undergraduate and graduate students as well as playing with his colleagues on the string faculty in the Ceruti String Quartet. Since its first season in 2001, Marcin has played with Iris Orchestra under the baton of Michael Stern where he regularly holds the Isaac Stern Concertmaster Chair and is heavily involved in the orchestra's community engagements. During the summers Marcin is frequently a part of the violin faculty at the Interlochen Arts Camp and is the artistic director of the Memphis in Poland Festival which aims to share the significant musical, artistic, and cultural contributions of Memphis on an international stage.

Arendt has been a soloist with several orchestras including Iris Orchestra and the Memphis Symphony Orchestra. He is the co-founder of Memphis Mix, a blues & crossover band that has performed internationally and was the featured ensemble of the first Memphis in Poland Festival. He was a member and regular concertmaster of Colorado's premiere conductor-less string orchestra, The Sphere Ensemble, and was the featured violinist with the nationally touring crossover-fusion band FEAST. Dr. Arendt's playing can be heard on recordings spanning several genres including a series of chamber works by Jacques Castérède on Naxos Records.

Dr. Arendt holds bachelor's degrees in both music and philosophy from Stetson University, a Master of Music and Doctor of Musical Arts degrees from the University of Colorado at Boulder and a post-graduate performance certificate from the Stanislaw Moniuszko Academy of Music in Gdansk, Poland. Marcin plays on a Jan van Rooyen original violin modeled after the Guarneri "Carrodus," & uses a bow made by the award-winning bow maker David Forbes.