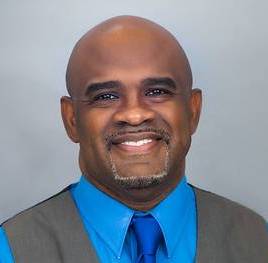 2-Time Grammy nominated Producer, Songwriter, Arranger, and Artist, Kurt "KC" Clayton had music in his blood at the young age of fourteen. Realizing music was going to be his profession he quickly took classes at the University of Memphis. KC stayed loyal to his roots where he's now a professor at the University of Memphis teaching Intro to Music Industry. As President of the Memphis Chapter of N.A.R.A.S. (The GRAMMY'S), He has been active in much of the music scene. In addition he is a boeard member of The Rock and Soul Museum and commissioner with the Memphis and Shelby County Music Commission where has served as Chairman on the Executive Board .

His areas of expertise range from Producer/Songwriter Programmer/Music Director/Arranger/Musician. His accolades as a professional artist gave him the opportunity to work with such legends as Stevie Wonder, George Clinton, Chaka Khan, and Academy Award winning Rap artists Three-6-Mafia. His diverse talents have him wearing many hats.

From Rap/Jazz/Pop/ Rock/Gospel/R&B to Country he has had the opportunity to work on such sound tracks for Movie and DVD projects. From Television Mogul Oprah Winfrey to the controversial Larry Flint. Clayton's body of work has been shared by many outstanding artists.

He formed "KC" Productions, a music and film company that will allow him to work with the various artists he has signed for music and motion picture projects. His outstanding performance in the Music industry has proved Kurt "KC" Clayton is the future of music and a mogul in the making.