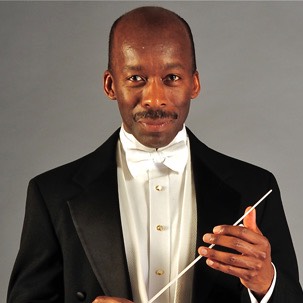 Harvey Felder brings to the podium a refreshing combination of talents. He is known for his deeply moving performances of the great "Classical" repertoire as well as his entertaining performances on "Pops" stages across this country.

Mr. Felder has distinguished himself as a leader among his generation of conductors. "Felder is widely regarded for his effective and quality programming and performances" (Saint Louis Star). He has been characterized as having an affable and magnetic podium demeanor which helps audiences feel immediately welcomed, comfortable, and connected to his performances.

Mr. Felder is Conductor Laureate of the Tacoma Symphony Orchestra (TSO), a position he accepted after having served as its music director for twenty-years. Under Mr. Felder's leadership the Tacoma Symphony Orchestra realized artistic goals before unimagined and developed into one of the finest professional symphonies in the Northwest. Mr. Felder's artistry, professionalism, and passion helped to craft the TSO into one of the Pacific Northwest's true artistic treasures.

Mr. Felder's ability to communicate sophisticated musical ideas to young people, his public speaking ease, and his engaging professional demeanor have made him a valued asset to the organizations he has represented. "Audiences like his style...a reserved and dignified conductor who knows the score and what he wants to do with it" (Milwaukee Journal/Sentinel).

Mr. Felder has garnered Mayoral Proclamations, Citations of Excellence, Outstanding Citizenship Awards, all of which attest to his involvement in the community. As an advocate for arts education, Mr. Felder served on the Kennedy Center/Getty Center's Commission—a nonpartisan body organized to study the role of the arts in educational reform. He has become recognized for his forward thinking as it relates to the presentation of "Classical" music and his desire to broaden its appeal.