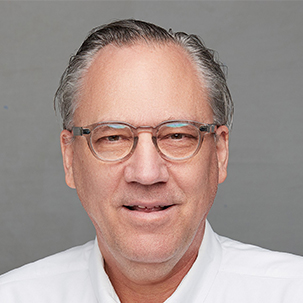 The music of Turkish/American composer Kamran Ince bridges Anatolia and the Balkans to the West. The energy and rawness of Turkish and Balkan folk music, the spirituality of Byzantium and Ottoman court music, the tradition of European art music and the extrovert and popular qualities of the American psyche are the base of his sound world. These ingredients happily breathe in cohesion, and they spin the linear and vertical contrasts so essential to his music forward.

Hailed by The Los Angeles Times as "that rare composer able to sound connected with modern music, and yet still seem exotic," Ince was born in Montana in 1960 to American and Turkish parents. He holds a Doctorate from Eastman School of Music, and currently serves as Professor of Composition at University of Memphis and at MIAM Center for Advanced Research in Music at the Istanbul Technical University. His numerous prizes include the Rome Prize, the Guggenheim Fellowship, the Lili Boulanger Prize and the Arts and Letters Award in Music from the American Academy of Arts and Letters. His Waves of Talya was named one of the best chamber works of the 20th century by a living composer in the Chamber Music Magazine.

His works are performed by such orchestras as the Chicago Symphony Orchestra, BBC Symphony Orchestra and the Prague Symphony Orchestra, and such ensembles as the Nederlands Blazers Ensemble, Chanticleer Choir and the Los Angeles Piano Quartet. Concerts devoted to his music have been heard at the Holland Festival, CBC Encounter Series (Toronto), the Istanbul International Music Festival, Estoril Festival (Lisbon), TurkFest (London), and Cultural Influences in Globalization Festival (Ho Chi Minh City). In addition to symphonic and chamber works, his catalogue also includes music for film and ballet. His music is published exclusively by Schott Music Corporation.

Commissions he has received include those from Ford Foundation, Fromm Foundation, Koussevitzky Foundation, Jerome Foundation, Reader's Digest and Pew Charitable Trust. Recent important projects include A Grand American Celebration (2019) for wind ensemble and soloists, for the opening of the University of Wisconsin-Milwaukee Peck School of the Arts Jan Serr Studio; Concerto for Percussion and Orchestra "Cikirikcilar Hill" (2018) for Evelyn Glennie and Borusan Istanbul Philharmonic Orchestra; Meditation and Gratitude (2018) for Kevin Stalheim's last season at Present Music; Songs in Other Words (2014) (six kernels from Mendelssohn's Songs Without Words recomposed) for Spark and Schleswig-Holstein Festival (released on Berlin Classics); Fortuna Sepio Nos (2013), a piano trio for Arkas Trio; it's a nasreddin (2013) for Berlin Counterpoint and Istanbul International Music Festival; Zamboturfidir (2012) for Irish Arts Council for Yurodny (Dublin) and Hezarfen (Istanbul); Still, Flow, Surge (2011) for choir and orchestra for Present Music's 30th anniversary; Concerto for Orchestra, Turkish Instruments and Voices (2009) for the Turkish Ministry of Culture; Dreamlines (2008) to celebrate the 100th Anniversary of Turkish Chamber of Architects; Music for a Lost Earth (ambient music project) (2007); Gloria (Everywhere) (2007) for the Chanticleer Mass project (released on Warner Classics And on Earth, Piece); Turquoise (2006), a mix of his works arranged for the Nederlands Blazers Ensemble (released on NBELive), and 5th Symphony Galatasaray (2005) in honor of the infamous soccer club's (winner of the European and the World Super Cup in 2000) centennial celebrations.

Five Naxos CDs of Ince's music have been released. They are Music for a Lost Earth, Galatasaray, Hammers & Whistlers, Constantinople and Kamran Ince. His other CDs include In White and Passion and Dreams on Innova, Fall of Constantinople on Argo/Decca, Kamran Ince & Friends and Asumani on Albany.

Ince's Judgment of Midas, an opera commissioned by Crawford Greenewalt to mark the 50th anniversary of Sardis/Lydia excavations, had its premiere in April 2013 in Milwaukee with Present Music and Milwaukee Opera Theatre with Ince conducting (released by Albany Records). He is currently working on an evening length oratorio, Jus Soli, for the Greek National Opera to celebrate their 200th Anniversary of independence to be premiered in 2021 in their new hall in Athens designed by the famed architect Renzo Piano. In 2001 he wrote Flight Box, to commemorate the opening of the new building for the Milwaukee Art Museum designed by one of the greatest architects of or time, Santiago Calatrava.