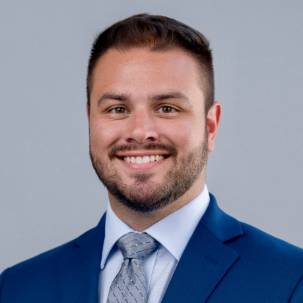 Kevin McKenzie is currently the Assistant Director of Bands at the University of Memphis working with the Mighty Sound of the South Marching and Pep Band.

Before coming to the University of Memphis, Kevin served as the Director of Bands at Northpoint High School in Southaven, Mississippi for five years, where he taught band and percussion for grades 6 – 12.

Kevin holds a bachelors degree from the University of Memphis in Music Education. While at Memphis, Kevin competed with a Tuba/Euphonium Quartet comprised of students of Dr. Kevin Sanders. The group also represented the University many times by giving clinics for high schools all throughout the Mid-South area. He also served as the President of the Tuba/Euphonium Studio for 4 years, where he helped produce 3 CD's with the Tuba Ensemble. While principle euphonium in the Wind Ensemble under Albert Nguyen, Kevin was awarded the Clement Santi Memorial Scholarship by vote of the faculty, which recognizes the most outstanding brass student in the school of music. In his final year at the University of Memphis, he served as the Drum Major for the University of Memphis Marching Band under the direction of Dan Kalantarian.

Kevin is the composer for the popular band fundamentals book authored by Kevin Sanders, The Hollywood Warm Up, which has been endorsed by professional musicians and band directors around the world. He is also the winner of ITEA's Excellence in Composition Award with "Axis" in 2016, the U.S. Army Band Composition Contest with "Whirlwind" in 2017, and was the Runner Up for ITEA's Excellence in Composition Award with "Contra Victus" in 2019.