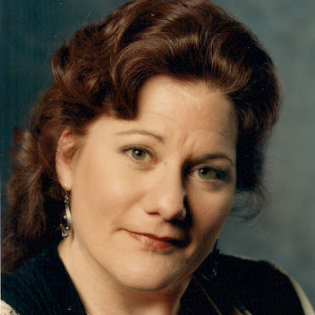 American dramatic soprano, Susan Owen is a leading interpreter of the German Romantic and 20th century repertoire. The German magazine Opernwelt reported of her performance of Brünnhilde: "With a large voice, precise phrasing, great diction and a rare seriousness in penetrating this role; she sings a Brünnhilde like one seldom hears today."

Ms. Owen made her debut at the Deutsche Oper Berlin as Isolde in Wagner's Tristan und Isolde under the batons of Christian Thielemann and Jiri Kout. She performed Strauss' Elektra at Staatsoper Hannover, the Dyer's wife at the Semperoper in Dresden in Die Frau ohne Schatten. At the Deutsche Oper am Rhein she was heard as Senta and Isolde. Susan Owen returned to the USA to perform both Elisabeth and Venus in a new production of Tannhäuser at the Palm Beach Opera and was invited to Taipei and to Tokyo for concerts performing Brünnhilde with the NHK Orchestra in excerpts from Der Ring des Nibelungen. In April, 2004 she sang the role of Isolde at the Opera de Nancy et de Lorraine, France.

Her interpretation of the role of Elektra by Richard Strauss was hailed in the press as the 'Singer-Discovery of the year 2000'. She debuted this role at Staatstheater Darmstadt under the baton of Marc Albrecht and has performed Elektra at Aalto Theater Essen (Stefan Soltesz conducting), Theatre Munster, Antikenfestspiele in Trier and Staatsoper Hannover. At Staatstheater Darmstadt (1999 - 2002), she debuted the roles of Isolde, the Färberin (Dyer's wife), Emily Marty (The Makropoulos Case) and Ortrud in Wagner's Lohengrin.

Ms. Owen sang her first complete cycle as Brünnhilde with great critical acclaim in Michael Leinert's production of Der Ring des Nibelungen at Staatstheater Kassel during the 1997 - 1999 seasons. Live recordings of this complete Ring production were successfully released by Ars-Production in Germany. As Brünnhilde, she was a guest in numerous opera houses including Oper Bonn, Theatre Kiel, Theatre Augsburg, at the Opera Royal de Wallonie in Liege, Belgium and Teatro Giuseppe Verdi in Trieste, Italy. From 1995 - 1999, Ms. Owen was a member of the ensemble at the Staatstheater Kassel where she excelled as Santuzza (Cavalleria Rusticana), Leonora (La Forza del Destino), Giorgetta (Il Tabarro), Marie (Wozzeck) and the title role in Jenufa under the baton of Janos Kulka.

Susan Owen made her European debut in 1993 with an invitation from Maestro Daniel Barenboim to the Staatsoper Unter den Linden in Berlin for Helmwige in the Harry Kupfer production of Die Walküre. She returned to the Staatsoper as Senta in Der Fliegende Holländer, a role with which she enjoyed great success in the theatres of Bologna, Kassel and Aachen.

Born in Salisbury, North Carolina, Susan Owen received her Bachelor of Music Degree from East Carolina University and her Master of Music Degree from the University of Texas at Austin. Ms. Owen captured the attention of the opera world when she was a winner of the 1990 Metropolitan Opera National Council Auditions and in 1991 the Opera America Award. Many engagements followed in her early career. She performed Maddalena in Andrea Chenier (Hawaii Opera), Aida (Lyric Opera Kansas City) and Tosca (Austin Lyric Opera and Virginia Opera). With Eve Queler and the Opera Orchestra of New York she sang the part of Irene in Wagner's Rienzi, and at Austin Lyric Opera she debuted in the role of Elisabeth in Tannhäuser.

Susan Owen-Leinert was an Associate Professor of Voice at the Rudi E. Scheidt School of Music at the University of Memphis from 2005 – 2020. She was the founder of the Memphis Opera & Song Academy, a summer academy for opera singers on the verge of international careers. From 2005 - 2007, she was the district director for the Metropolitan Opera Guild Auditions. In October 2007, she performed Peter Maxwell Davies "one-woman-opera" THE MEDIUM with The Chamber Opera of Memphis in Harris Concert Hall at the U of M, then toured with The Medium to Hamburg and Düsseldorf, Germany. Her next successful premiere was the role of the Theater Director in Pergolesi's Home Service at The Chamber Opera of Memphis in October 2008. She translated this opera by Bent Lorentzen into English for the publisher Edition Wilhelm Hansen in Copenhagen, Denmark. The final production with The Chamber Opera of Memphis was Silent Partners composed by John Peterson; Professor Emeritus of the U of M.

In 2009, Susan Owen-Leinert was the recipient of the CCFA Dean's Creative Achievement Award and in 2018 she received the Pearl Wales Professorship. As the president of the Spohr Society of the United States, Susan Owen - Leinert is, together with her husband Michael Leinert, the editor of the  first critical edition of the  "Complete Lieder" in 12 vols. by Louis Spohr at the German Publisher Dohr, Cologne, Germany. www.dohr.de/autor/spohr. She has been a guest lecturer, recitalist and has given master classes in the United States, Germany and Cyprus.