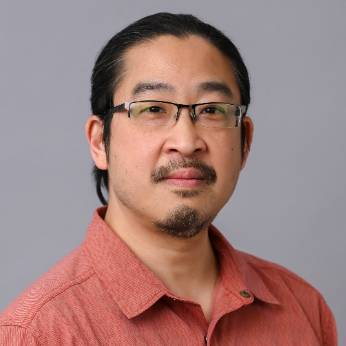 Timothy Shiu, Associate Professor of Violin and a member of the Ceruti String Quartet, received his principal training from the Juilliard School, the Peabody Conservatory, the Cleveland Institute of Music, and Yale University, where he graduated summa cum laude with a B.A. in English. Mr. Shiu brings together in his artistry a diverse lineage of influences from his various principal mentors. As a result of his early formative years of study with Louise Behrend, he traces a line through her teacher, Louis Persinger, to the Franco-Belgian school of Eugène Ysaÿe. In addition, his work under the tutelage of Donald Weilerstein connects him to the highly influential school of Ivan Galamian and Dorothy Delay. Further study with Victor Danchenko has brought him into contact with the Russian school of David Oistrakh. Other major teachers include Sindey Harth and the late Joseph Fuchs, who himself was a pupil of the legendary Franz Kneisel.

An active recitalist and chamber musician, Mr. Shiu has concertized extensively throughout the United States in venues including Lincoln Center's Alice Tully Hall, the Kennedy Center's Terrace Theater, the Aspen Music Festival's Harris Hall, the Interlochen Arts Institute's Corson Auditorium, the New School's Schneider Concert Series, and Chamber Music Northwest. International engagements have included performances in Italy, Japan, Korea, Canada, and Brazil. Mr. Shiu is currently a member of the Ceruti String Quartet and was also previously a founding member of the Maia Quartet, with whom he played for thirteen years. In addition, he has collaborated with members of the Guarneri, Muir, and Borromeo String Quartets, as well as with violist Roger Chase, cellist Patrick Demenga, pianist Ann Schein, and the late flutist Samuel Baron.

Mr. Shiu has previously taught on the faculties of the University of Iowa School of Music and the Peabody Conservatory; and his current summer teaching engagements include the Interlochen (MI) Arts Institute and the Five Seasons Music Festival (Cedar Rapids, IA), of which he is a founding member. He was formerly Coordinator of the Summer Chamber Music Fellowship Program the Garth Newel Music Center (Warm Springs, VA), and has taught as well at the Austin (TX) Chamber Music Festival, Conservatory Music in the Mountains (Durango, CO), the South Carolina Governor's School for the Arts, and the Snowmass (CO) and University of Memphis Suzuki Institutes.