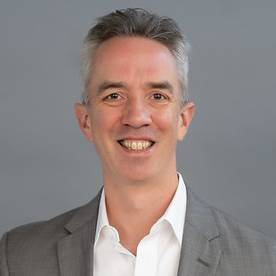 Opera stage director Benjamin Smith has led nineteen new productions since 2000, ranging from Pergolesi's La serva padrona to Conrad Susa's The Dangerous Liaisons. He brings a balance of practical experience and innovative storytelling to his projects, which have been hailed by Opera News as "full of comic inventiveness."

Smith has recently directed new productions of La finta giardiniera, Hansel and Gretel, The Pirates of Penzance, La Cenerentola, and The Turn of the Screw. In 2012, he directed all of the Mozart/Da Ponte collaborations. He has directed for Seattle Opera's Young Artist Program, Tacoma Opera, Asheville Lyric Opera, Opera Theatre of Pittsburgh, The Intermountain Opera Association, the Young Artist Program at Pittsburgh Opera, the University of Cincinnati/CCM, Baldwin Wallace University and The Opera Theater of Lucca, Italy.

In 2010, Smith finished his tenure as the Resident Assistant Director at Seattle Opera where he worked on eleven productions over two years. Other assisting credits include Washington National Opera at the Kennedy Center, Cincinnati Opera, Michigan Opera Theater, Pittsburgh Opera and the Opera Theatre of Pittsburgh. In 2013 he was appointed Artistic Director of the Accademia Vocale Lorenzo Malfatti, a summer training program for young singers in Lucca, Italy.

Smith holds an MFA in Opera Stage Directing from the University of Cincinnati where he studied with Nick Mangano, Nic Muni and Sandra Bernhard. He began his career in opera as a singer, performing twenty-one leading roles in opera, operetta and musical theater. He has logged over 250 performances in the U.S. and Italy.