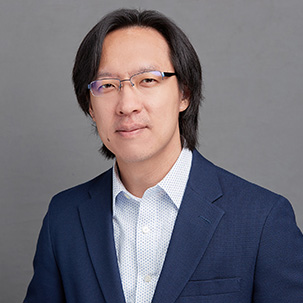 Soloist, collaborative pianist, chamber musician, producer, and arts administrator Jonathan Tsay maintains an artistic career as diverse as his interests. A recent multi-city tour of Taiwan included solo recital stops at the National Recital Hall in Taipei, Kaohsiung Music Hall, and the Pingtung Arts Center. Other recent solo engagements include performances for The Cliburn, Music at Southminster in Ottawa, Blanco Performing Arts, and Fine Arts Chamber Players. In Fall 2019, Jonathan was appointed Visiting Assistant Professor at the Rudi E. Scheidt School of Music at The University of Memphis.

Jonathan's recordings can be found in Brahms - A Listener's Guide: Unlocking the Masters Series, as well as on Chloé Trevor’s album Immortal. A solo CD, Portfolio, was released in 2009, and Jonathan's collaborative album Harmonic Allusions was released in September 2017 and was named a “Top 5 Classical Album” by TheaterJones. Away from the piano bench, Jonathan is the host of the classical music podcast entitled "Between the Barlines" which explores the lives of the various personalities that make up the classical musical landscape.

Increasingly popular as a masterclass teacher, Dr. Tsay has given masterclasses at institutions such as Taiwan National University of the Arts, Kaohsiung Normal University, Stephen F. Austin State University, Seattle University, and University of Texas Rio Grande Valley. Dr. Tsay serves as Head of Piano for the Chloé Trevor Music Academy, a summer music intensive that draws over 100 students from over 20 countries each year. He has served on the screening jury for the Dallas International Piano Competition as well as adjudicator for numerous competitions including the Texas Music Teacher's Association Solo Competition and Austin Youth Music Ambassadors.

Dr. Tsay started his piano studies with Carolyn Savko at the age of five. Under the tutelage of Dr. Carol Leone, Jonathan earned a Bachelors of Music with Honors at the Meadows School of the Arts at Southern Methodist University. Jonathan entered l’Université de Montréal as a Masters of Music student of Marc Durand, and received his doctorate through an accelerated program. Jonathan’s musical background also includes composition studies with Simon Sargon and David Karp, and conducting with Jack Delaney and Paul Phillips.