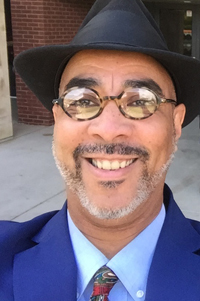 Barry Ford is a veteran among U92 personalities. He has been with the station since October 1993. Listeners can catch his program on Fridays from 6 p.m. until midnight.

As his nickname, "The Jazzjock," would suggest, Barry Ford is an on-air personality for WUMR. He has also produced programs and has served as Sports Play-By-Play Announcer and Producer with the Memphis Tigers Basketball teams.

Ford is also no stranger to other radio stations in the Mid-South. He was also Assistant Operations Manager and Announcer/Producer for NewsTalk 790 WMC from 1994 to 1996.