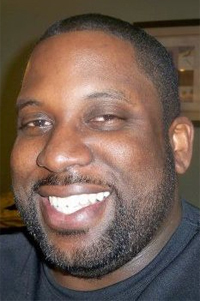 Eric O. Harris is the host of Jazzamatazz which is on Tuesdays from 9 p.m. until Midnight. The Mission Statement to Harris' show, "I play Jazz that I like, that I hope you like as well." The term, "Jazzamatazz" pays homage to the late artist Guru who was the member of Hip-Hop duo Gang Starr. Guru was pioneer in merging both Hip-Hop and Jazz together in a series of recordings called "Jazzmatazz." Harris was first exposed to Jazz by to the album, "Tutu" by Miles Davis back in 1987 and has been hooked since.

A newcomer to U92 "The Jazz Lover" Harris started in August 2011 fulfilling a lifelong dream of being an On-Air DJ and playing music that he loves. He enjoys all types of music which includes Hip-Hop, House and Classical, but he declares Jazz as his first love.