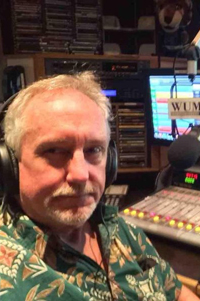 A University of Memphis graduate and former FedEx Project Engineer, Ron Buck loves mixing classic jazz with the latest players and often winds up on the bluesy side of the street. He enjoys keeping listeners current on who's playing around town. His show is on Wednesday mornings from 10 a.m. - 12:30 p.m.

Ron is a Memphis community radio veteran with DJ experience spanning over four decades, including at WLYX ('76-'81) then Southwestern University's college station, now Rhodes College, and at WEVL ('97- '04). He's been on the air at WUMR since February 2016.

Ron's active in community service with many organizations. He's a volunteer photographer of adoptable dogs and cats with Friends of Memphis Animal Services. He served as Communications Director for Greater Memphis Greenline, Inc which initiated the Shelby Farms Greenline and Big River Crossing.