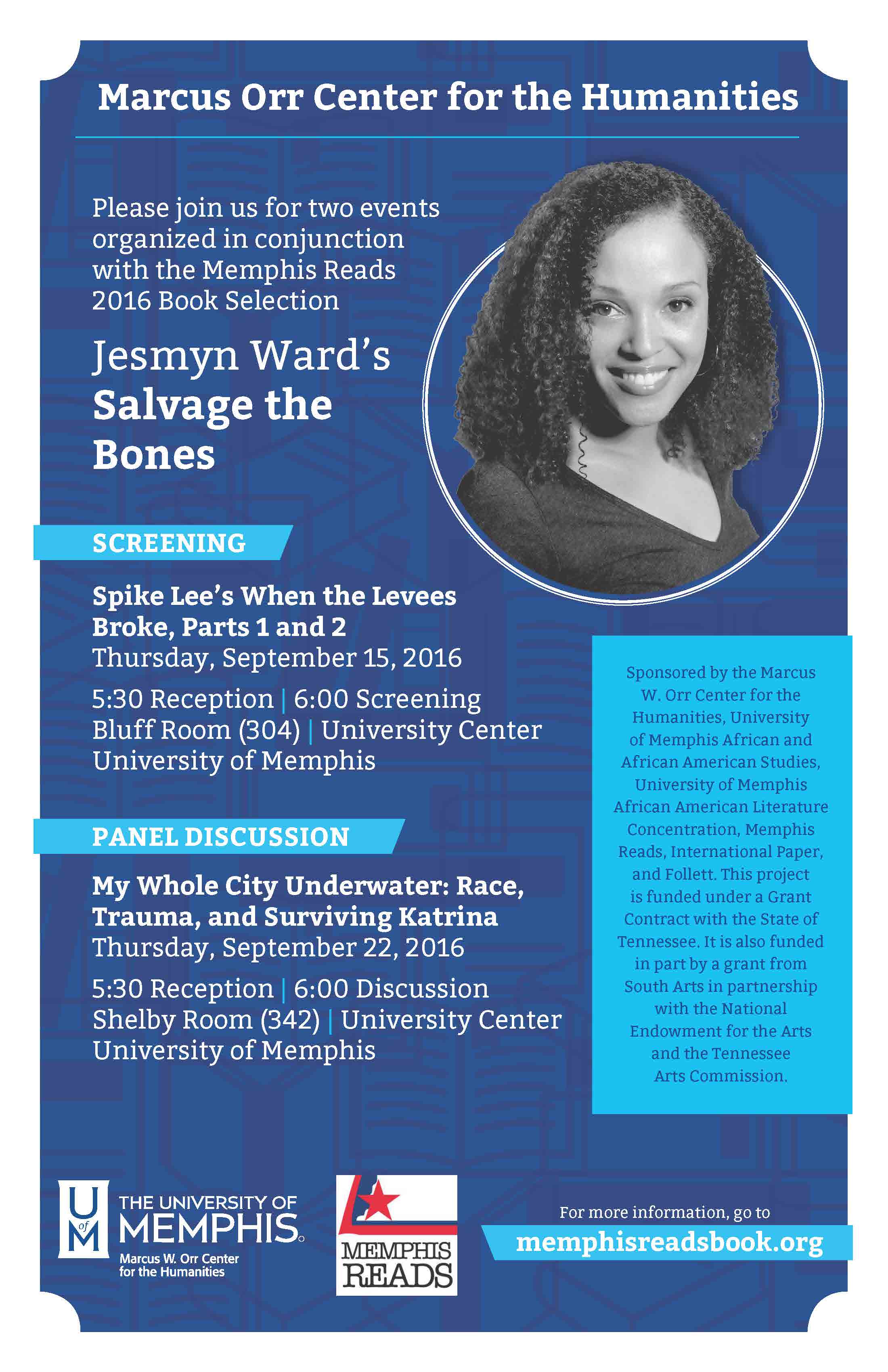 These events will consider the meaning and impact of Hurricane Katrina. They are organized in conjunction with Memphis Reads, whose 2016 book selection, Salvage the Bones by Jesmyn Ward, focuses on the days before the storm hit in a poor, rural African American community on the Mississippi gulf coast.

Sponsored by: Marcus W. Orr Center for the Humanities, University of Memphis African and African American Studies, University of Memphis African American Literature Concentration, Memphis Reads, International Paper, and Follett. This project is funded under a Grant Contract with the State of Tennessee. It is also funded in part by a grant from South Arts in partnership with the National Endowment for the Arts and the Tennessee Arts Commission. For more information, go to www.memphisreadsbook.org. 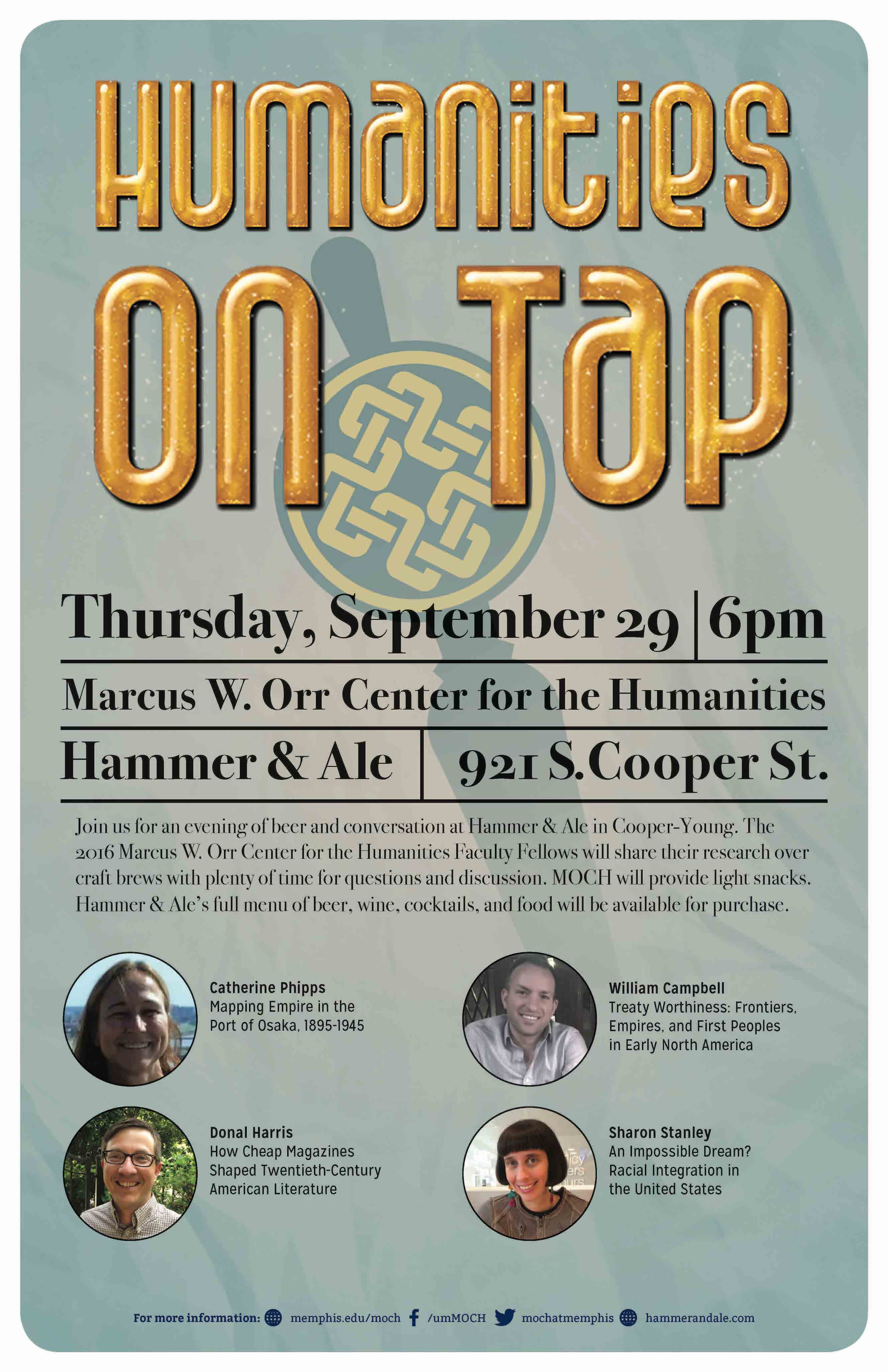 Join us for an evening of beer and conversation at Hammer & Ale in Cooper-Young. The 2016 Marcus W. Orr Center for the Humanities Faculty Fellows will share their research over craft brews with plenty of time for questions and discussion. MOCH will provide light snacks. Hammer & Ale's full menu of beer, wine, cocktails, and food will be available for purchase. 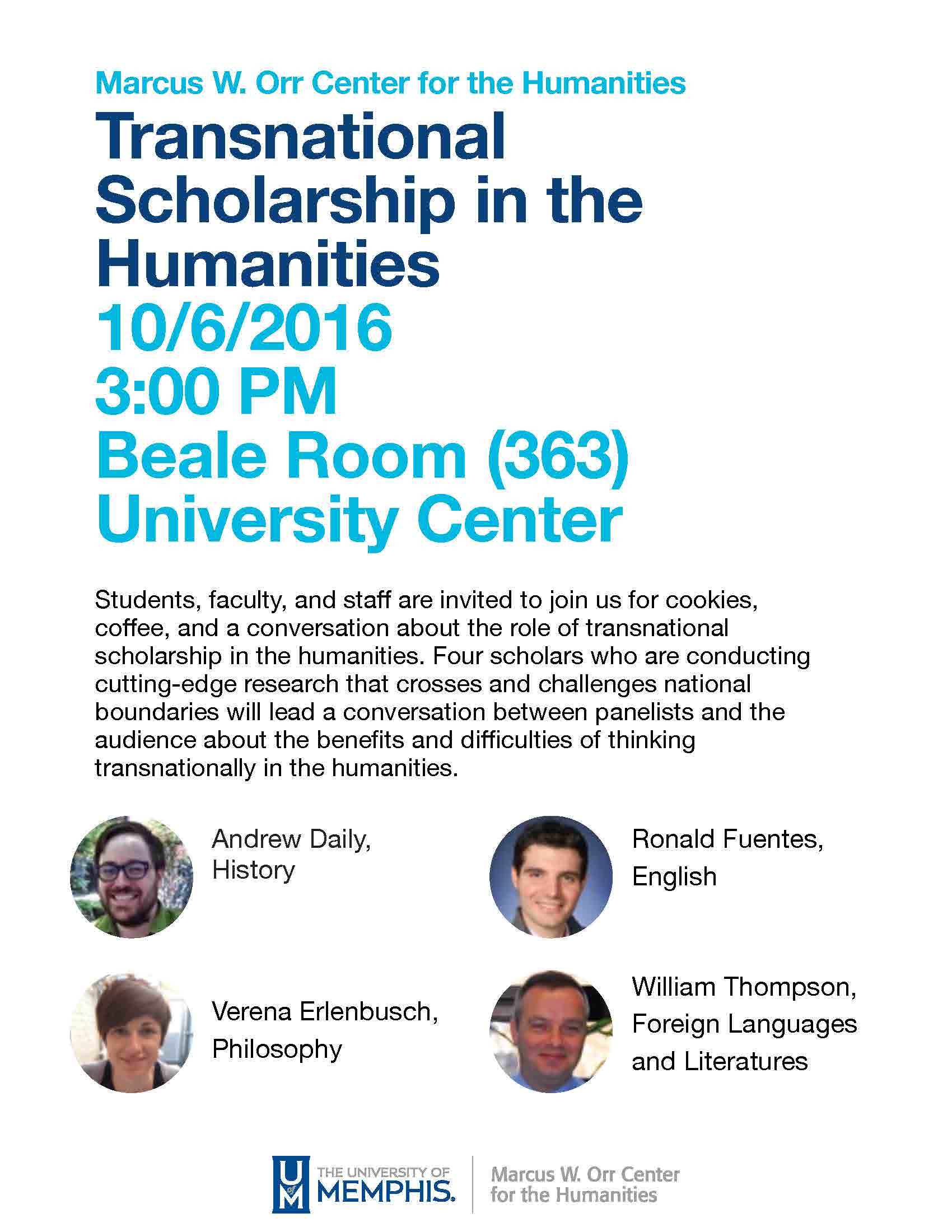 Humanities on Campus: Transnational Scholarship in the Humanities

Students, faculty, and staff are invited to join us for cookies, coffee, and a conversation about the role of transnational scholarship in the humanities. Four of our colleagues who are conducting cutting-edge research that crosses and challenges national boundaries will lead a conversation between panelists and the audience about the benefits and difficulties of thinking transnationally in the humanities. 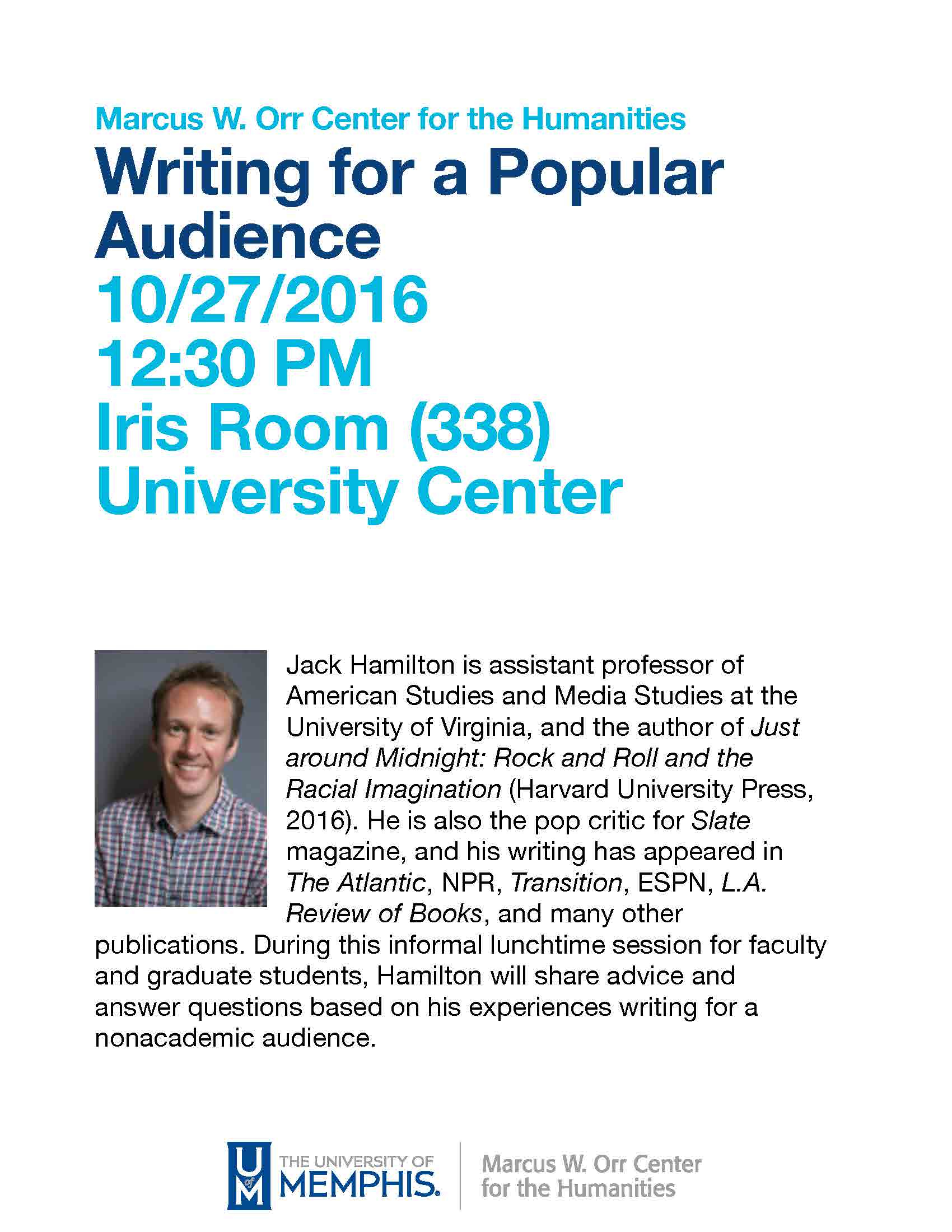 Jack Hamilton, University of Virginia Join us for a lunchtime discussion about sharing your humanities research with a popular audience. Jack Hamilton is assistant professor of American Studies and Media Studies at the University of Virginia, and the author of Just around Midnight: Rock and Roll and the Racial Imagination (Harvard University Press, 2016). He is also the pop critic for Slate magazine, and his writing has appeared in The Atlantic, NPR, Transition, ESPN, L.A. Review of Books, and many other publications. During this informal session aimed primarily at faculty and graduate students, he will share advice and answer questions based on his experiences writing for a nonacademic audience.