Our Location is a Huge Plus

Memphis is an endlessly captivating city that has it all. World-class museums. Natural beauty and wonder. Major events and festivals. Nationally recognized music, arts and food scenes. It’s one of America’s great southern cities overflowing with warm hospitality and year-round beautiful weather — a perfect college town. Exploration and discovery are everywhere, so it’s easy to make all of Memphis your classroom, gallery, playground, stage, think tank and home.  Adventure is waiting for you in the home of the {Tiger} Blues.

More Than Music and BBQ

(but okay, the music and BBQ are cool.)

Memphis' character is steeped in a rich history of diversity, creativity and commerce. From food to music to business, few cities can match Memphis' influence on modern culture.

That desire to innovate has led to a recent renaissance of sorts. A rapidly growing tech-startup scene, an explosion of local food options, breweries, indie arts and film, and a wave of urban revitalization have swept up Memphians young and old, creating a can-do, will-do spirit where you genuinely feel like anything's possible.

It's always been a great city, but now more than ever, Memphis is a city on the verge of greatness. 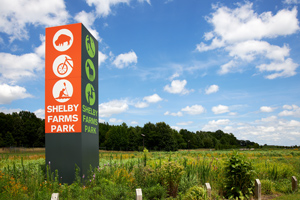 Get ready to bike, run or walk miles of greenlines, trails, parks and urban bike lanes because Memphis is one of the nation's greenest cities. Our downtown sits on a bluff overlooking the Mississippi River where sunsets are just breathtaking. Enjoy easy access to riverfront parks from one end of downtown to the other. Or come down to watch our bridges light up each night — the Mighty Lights is the biggest light show on the Mississippi River and it’s only in Memphis. And on the east side of town is Shelby Farms Park – second in size only to NYC’s Central Park. Seriously, this place is huge and a great escape from stress with non-stop fun, including kayaking, ziplines, horseback riding, scenic trails and so much more.

Memphians live and breathe Tigers and NBA Grizzlies hoops, but Tiger football and baseball, along with AAA Redbirds baseball and the Memphis 901 Football Club round out a full year's worth of sports.

Love of History and Culture 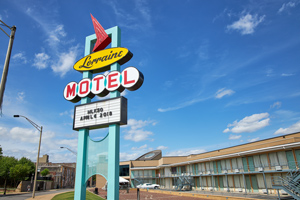 People buzz about all our museums, so you should check them out. The National Civil Rights Museum (history), Stax and Sun Studio (music), the Brooks and the Dixon (fine art), and the Pink Palace (eclectic weirdness) are just a few local faves.

This is a music-rich city, which means you can find live music any night of the week, especially on Beale Street, Handy Park or in cool neighborhood hangouts, like the Hi-Tone Café or Minglewood Hall. But we also attract major A-list music concerts to our city at FedExForum, the Orpheum, GPAC, the Levitt Shell and other venues large and small.

There is no shortage of good eats, breweries or farmer’s markets in Memphis. Alton Brown even named us the Best Food Town in America. And when it comes to food festivals, the Memphis in May World BBQ Championship is only the start. Local food fests celebrate everything from wings to crawfish to burgers and more.

For the Night Owls 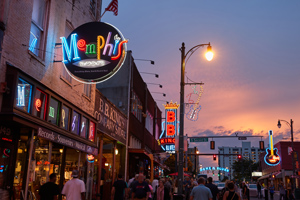 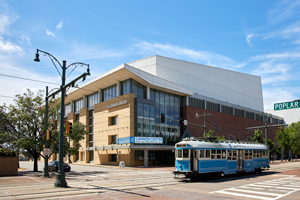 Looking for things to do in Memphis? Check out Choose 901 and the I Love Memphis! Blog for suggestions on the best places to eat, upcoming events, and the ultimate guides to Memphis!