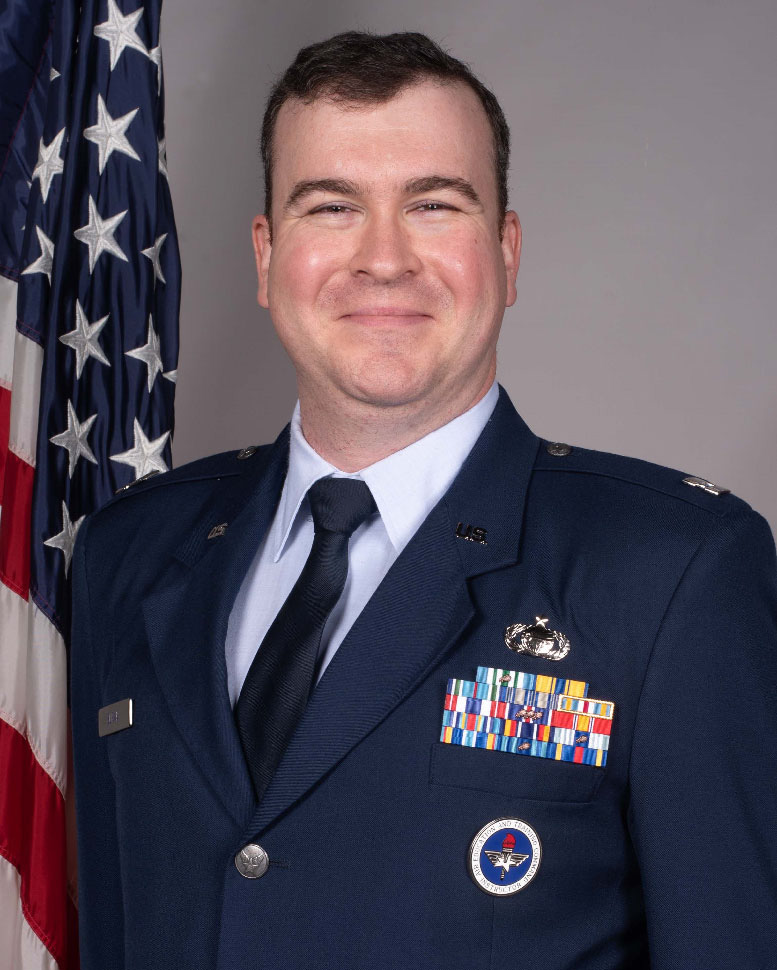 Captain Corey A. Buran is Assistant Professor of Aerospace Studies and Recruiting Officer for Air Force ROTC, Detachment 785, at the University of Memphis in Memphis, TN. He is responsible for recruiting, educating, training, and developing officer candidates into Air and Space Force commissioned officers through a comprehensive college program comprised of service doctrine, academic instruction, physical fitness and practical leadership experiences.

Captain Buran entered the Air Force in 2013 after receiving his commission from Officer Training School. Prior to his current assignment, he was Europe-NATO Branch Chief at the JIOCEUR Analytic Center, where he was responsible for coordinating and facilitating intelligence analysis and production for three command priorities across a 40-country AOR. At the JAC, he also served as Senior Watch Officer and Executive Briefer for USEUCOM, where he led an 11-member Joint watch team providing first-line analysis and near-real-time indications and warning support to the USEUCOM Commander and staff.

Prior to those duties, Capt Buran served as the Chief of Innovation, 363d ISR Group, 363d ISR Wing, Langley AFB, Virginia, where he led transformational projects for over 900 personnel conducting threat analysis, SOF ISR and reachback targeting operations across the globe. He previously served as Assistant Director of Operations for the 36th Intelligence Squadron, leading 141 Airmen in target development and materials production. He also supported flying operations in the Pacific theater under the 374th Airlift Wing. He has deployed in support of Operation INHERENT RESOLVE, serving as a Senior Targeting Officer and subsequently Chief of Targets for the Special Operations Joint Task Force – OIR.