Throughout the year, The University of Memphis and the Hooks Institute will hold a series of events designed to bring students, faculty, and staff from the University together with members of the Memphis community to address issues of social justice and change. As most events are planned, they will be added here.

Title IX in Practice: Faculty and Staff Roles as Campus Allies and Leaders

The Critical Conversations Committee invites all faculty and staff to participate in an important campus-wide discussion regarding Title IX and the key role University employees are required and expected to play in preventing and responding to incidents of possible sexual misconduct.  This Critical Conversation will focus on new University initiatives for improving implementation of Title IX on campus, mandatory reporting obligations, annual training requirements, University policies and procedures, bystander intervention, and other relevant topics raised by attendees regarding how the U of M community can better prevent and address sexual misconduct.

Kenneth Anderson, Esq., Director of the Office for Institutional Equity, will lead the conversation.  The event also features facilitators from the Office for Institutional Equity and breakout sessions to actively solicit feedback from attendees on how the University can continue building a safe, diverse, inclusive and supportive environment for everyone.

If you plan on attending, please RSVP at https://tinyurl.com/cc-titleIX. 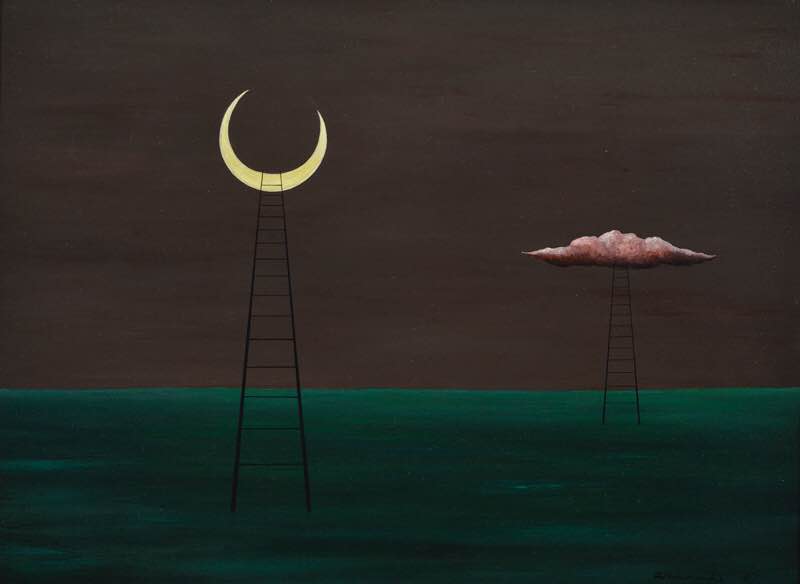 As stories of sexual harassment and assault dominate the news, there is an urgent need for interactive discussions surrounding the ramifications of movements like #MeToo and Times Up as well as practical reform to facilitate sexual health and safety on campus. While members of our community have been forced to relive painful memories with the ubiquity of this coverage, others lash out at a wave of charges they find difficult to understand.

The Critical Conversations Committee invites students to participate in tabletop discussions designed to eliminate “grey areas” and to solicit group recommendations for reversing this pattern and changing the culture. 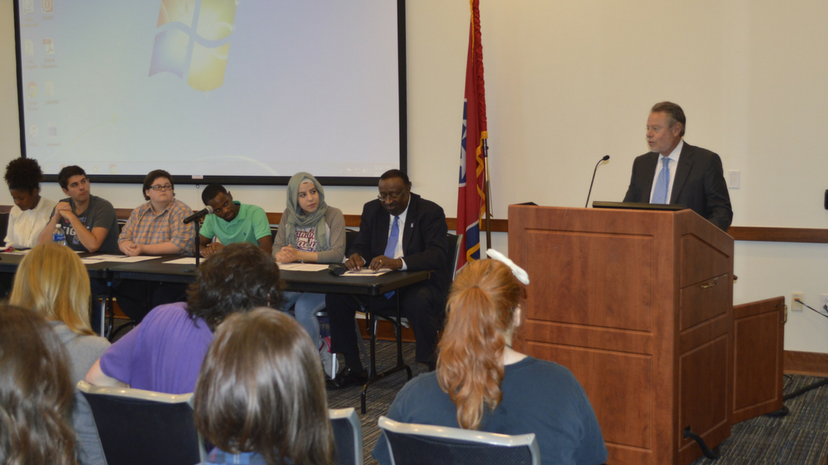 Drawing the Protest Line:
Freedom of Assembly, Speech, and Expression

What is free speech and why do we value it? What is the distinction between free speech and hate speech? How can students voice dissent without threatening the university's culture of inclusivity? What are guidelines for protest at public institutions?

Join us for a panel discussion on peaceful protest in university settings. Students from representative organizations will pose questions to a number of faculty and legal experts to facilitate a dialogue about the applications and limits of free speech. Topics include: "Unite the Right" Riot in Charlottesville, Virginia; NFL "Take a Knee" Protest of Police Brutality; Free Speech/Hate Speech on Campus; Peaceful Protest 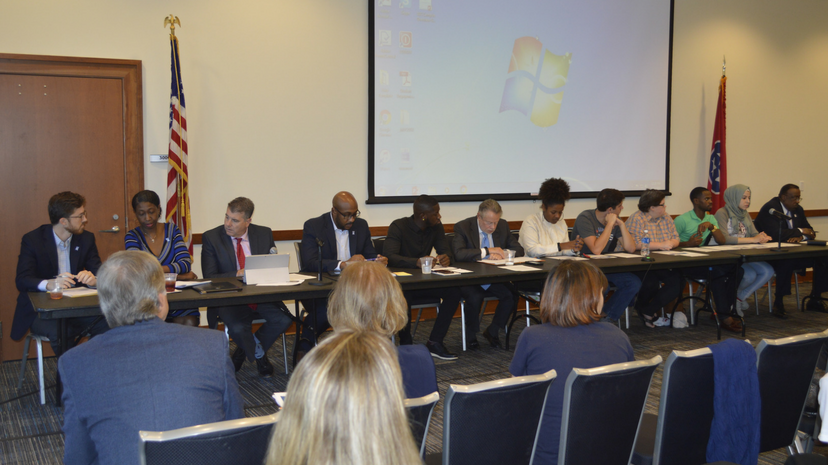 DACA: Its Impact on University Communities

On September 8, 2017, from 12:00 p.m. to 1:30 p.m. in the Zone of the FedEx Institute of Technology (FIT), the Critical Conversations Committee will host the first in a series of sessions to discuss the Deferred Action for Childhood Arrivals (DACA) program and its impact on University communities.

The featured speaker is Tatine Darker, Esq., an immigration specialist.  University administrators, scholars, and Legal Counsel will also be on hand to facilitate the discussion and to address students’ questions in particular. We encourage all students, faculty and staff to attend. 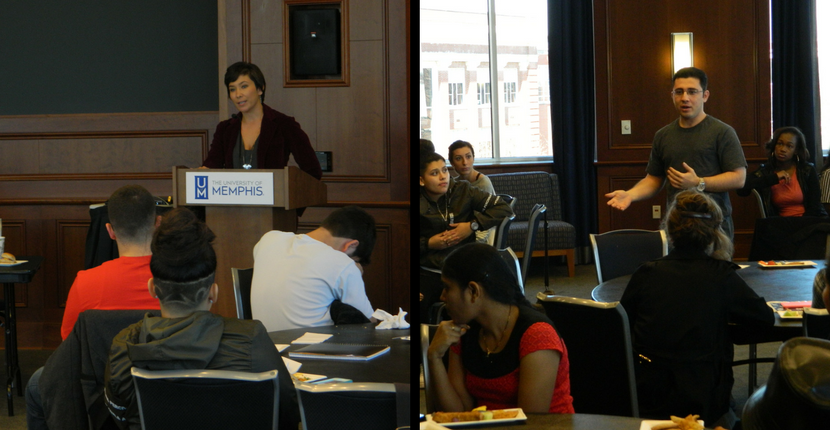 The Impact of the Executive Order on Immigration

Free Speech on the University Campus

Free and Open to the Public Food will be served. Watch Free Speech on the University Campus!

Universities across the globe are grappling with the issue of "Free Speech" in classrooms and on campus communities. Some believe that free speech is under attack. Others believe that there is too much protection for abusive or hateful language. Should speech be monitored? Should trigger warnings be added before discussion of sensitive classroom discussions and texts? Where do we draw the line between freedom and abuse, and between sensitivity and censorship?

On November 9, 2016, Professor Steve Mulroy of the Cecil C. Humphreys School of Law will facilitate the Critical Conversations forum on free speech.

Students, representatives from the Offices of Legal Counsel, Conference and Event Planning, Police Services, and the President's Council will be on hand to discuss The University of Memphis' policies and position on free speech.

Topics under discussion include:

How do we move our community and nation forward on these issues?
Panelists who are leading efforts on these fronts will lead the discussion.

This event is free and open to the public. This event is co-sponsored by: Director of Diversity Initiatives/Office of the Provost and The Critical Conversations Committee at The University of Memphis. Convenient and affordable parking available in the public garage on Zach Curlin St. For additional Information about this event, please contact the Hooks Institute at 678-3974.

A viewing of this engaging and provocative documentary on sexual assaults on college campus and the alleged failure of university administrators to pursue aggressive action against student assailants. The documentary trailer is available here. This event is free and open to the public. Students from area colleges and universities are particularly encouraged to attend. Convenient and affordable parking is available in the Zach Curlin Garage.

Kirby Dick, writer/director of documentary is a panelist.

This event is sponsored by the the Director of Diversity Initiatives/Office of the Provost, the Center for Research on Women, the Critical Conversations Committee, and the Benjamin L. Hooks Institute for Social Change. For more information contact Dr. Carol Danehower at crow@memphis.edu.

Through an engaging discussion among students, faculty, staff, and the Memphis community about key issues that impact our city and nation, we hope to sustain and facilitate a democratic civil society that values diversity, civil rights, human rights, and nonviolent movements and initiatives. In order to make this program a success and effect positive change, we need the support and collaboration of leaders and organizations from the broader Memphis area. The purpose of this meeting is to identify and implement tactics that facilitate this collaboration among the U of M and community leaders.

The Hot Summer of 2015: The Nation Faces Old and Retooled Forms of Racial Discrimination: The Intractable Issue of Race

These lunch-time discussions will focus on the Charleston Shootings, the Black Lives Matter movement, the Rachel Dolezal matter, and the continuing relevance of race in American life. Articles to facilitate discussion will be posted to the Critical Conversations website two weeks prior to the first event.

This event is sponsored by the Director of Diversity Initiatives/Office of the Provost, the Critical Conversations Committee, the Benjamin L. Hooks Institute for Social Change, and Multicultural Affairs.

The Final Word: The Supreme Court, Marriage, Same Sex Couples, and the Constitution

The hotly contested issue of who one can marry has come before the United States Supreme Court twice in two different contexts. In 1967, in Loving v. Virginia, the United States Supreme Court struck down state laws that banned interracial marriages. Almost 50 years later, on April 8, 2015, in DeBoer v. Synder, the Supreme Court will hear arguments on the following two constitutional questions: 1) can a state legally refuse to issue marriage licenses to same sex couples?; and 2) must a state legally recognize marriages of same sex couples legally wed in other states? Two of the plaintiffs in the DeBoer case, Ijpe DeKoe and Thomas Kostura, from Tennessee, are joined by couples from Kentucky, Michigan, and Ohio in their challenge to state laws that do not recognize same-sex marriages.

At this event, plaintiffs DeKoe, Kostura, and their attorney Maureen T. Holland from Memphis, TN will discuss the constitutional issues involved in this case.

This event is free and open to the public.

This event is co-sponsored by the Director of Diversity Initiatives and the Office of the Provost; The Critical Conversations Committee at The University of Memphis; the Benjamin L. Hooks Institute for Social Change at The University of Memphis; the Helen Hardin Honors Program; Outlaw American Constitution Society; Stonewall Tigers; and the Honors Student Council. This is a Critical Conversations Initiative. The goal of the Critical Conversations is to use our collective scholarship to sustain and facilitate a democratic civil society that values diversity, civil rights, human rights, and nonviolent movements and initiatives.

The University of Memphis' Department of Criminology and Criminal Justice will host the panel discussion "Brown, Garner and Martin: Police and Social Justice." In the wake of the recent deaths of Michael Brown, Antonio Martin and Eric Garner, African-American and other communities are grappling with the fairness of American institutions and their processes, including the criminal courts, the grand jury and law enforcement, while others view law enforcement and the administration of criminal justice as fair and just. How do we as a community and nation bridge these divided opinions and experiences? How do we as a nation protect the rights to life, liberty and pursuit of happiness for all people? What issues are at play in policing diverse communities and in the use of deadly force? What are the roles and responsibilities of the prosecutor, the grand jury and the criminal courts? How can citizens improve or change these processes to promote civility, democratic ideals, fairness and equality?

This event is free and open to the public. Students are encouraged to express their views during the Q&A session.