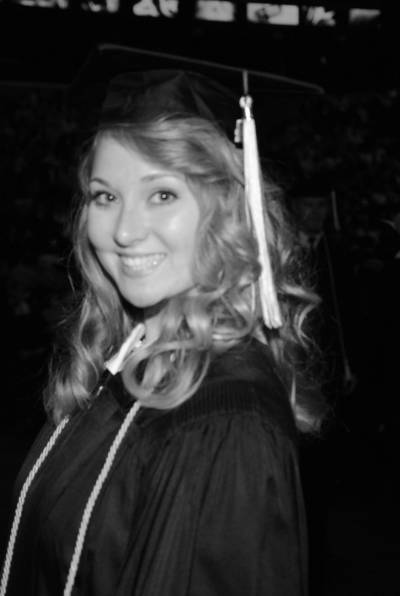 August 17, 2015 - University of Memphis graduate Victoria Busse has been awarded the prestigious Fulbright U.S. Student Program grant to France for the 2015-16 academic year. She will be teaching English to high school students at Lycée Evariste Galois in Sartrouville, a suburb of Paris, for the next academic year.

While Busse will focus on teaching the English language, she will emphasize cultural heritage and work to build cultural understanding between Americans and the people in France. She is one of more than 1,900 U.S. citizens who will travel abroad for the 2015-2016 academic year through the Fulbright U.S. Student Program. Recipients of Fulbright grants are selected on the basis of academic and professional achievement, as well as demonstrated leadership potential.

The Fulbright Program is the flagship of the international educational exchange program sponsored by the U.S. government and is designed to increase mutual understanding between the people of the United States and the people of other countries. The primary source of funding for the Fulbright Program is an annual appropriation made by the U.S. Congress to the U.S. Department of State, Bureau of Educational and Cultural Affairs. The Program operates in more than 155 countries worldwide.