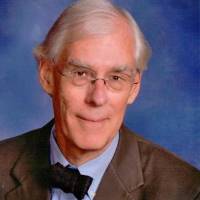 He holds two Master of Architecture degrees from the University of Pennsylvania, where he was a student of Louis Kahn.  Jim was later an Associate with the renowned Philadelphia firm, Venturi, Scott Brown and Associates.  During some 30 years of professional practice in his own firm in Memphis, he received over 30 architectural design awards at the local, regional, and national levels.  His buildings and articles have been published internationally.  In 2005 he was elected to the College of Fellows of the American Institute of Architects in recognition of his notable contributions in architectural design and education.  He is the recipient of the Francis Gassner Award, the highest award given by AIA Memphis, as well as the William Strickland Award for career achievements from AIA Tennessee.  Jim is the author of Kahn at Penn: transformational teacher of architecture, as well as two novels.