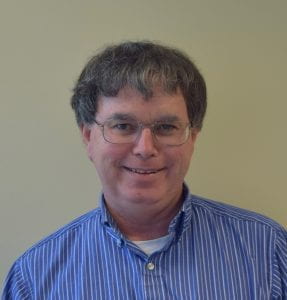 Before coming to the University of Memphis in 2018, Dr. Garner was a Professor at Baylor University where he directed their graduate and REU programs, taught organic chemistry, the advanced organic laboratory and graduate Spectroscopy courses. Dr. Garner's research is generally at the interface of organic synthesis and analytical chemistry. Current projects include the rapid screening of catalysts for new gas-phase reactions, the design of new chiral selectors to replace cyclodextrins, hydrazinopyridine derivatives as metal ligands, applications of a new chiral borane, and quantitation of vapor diffusion experiments.