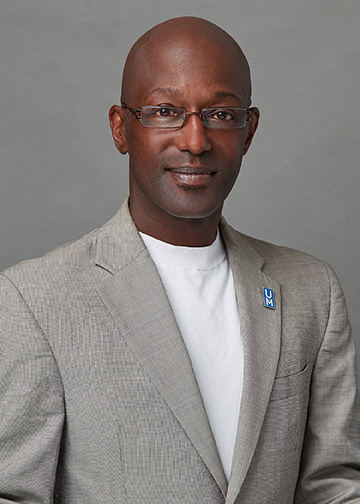 With over thirty years of arts related leadership, administrative, and practical experiences, Mr. Medcalf continues to seek engaging, inspirational, and transformational educational and artistic opportunities where he can leverage his knowledge, skills and vast network to the benefit of the constituents and organizations that he serves.

Various leadership positions, but particularly in academia as the director of Alabama State University's BFA/Dance Program, has prepared Mr. Medcalf to engage with a vast range of artistic, administrative, and managerial responsibilities confidently, fearlessly, and with success. In these positions, vision, collaboration, community engagement/responsiveness, commitment to advancing knowledge, and advocacy have been hallmarks of his tenure.

In addition to his leadership skills, he has provided organizations with strong and proven administrative skills: developing fundraising plans, grant writing, the ability to proficiently use Google, Apple and Microsoft applications, documents and forms, engagement with a variety of social media platforms, website development, excellent typing skills, SMART goal setting, as well as the ability to develop program evaluation and assessment tools.

As a part of his on-going professional development, in the Spring of 2013, received a Master of Fine Arts degree in dance from the University of Iowa in Iowa City, Iowa. In 2016, he was awarded the Alabama State Council on the Arts' Fellowship for Dance and was selected for leadership mentoring as apart of Dance/USA's Dance Institute for Leadership Training. And in 2018 was selected to serve as a mentor. Most recently, he served as the Vice-President/President Elect of the Alabama Dance Council, a statewide dance service organization, on the Next Generation Board of the International Association of Blacks in Dance and on the board of Cleveland Dance Movement.

1986-1989 The University of the Arts
Philadelphia, Pennsylvania
Talent Scholarship Recipient

The George Gund Foundation
Emerging Leader in the Arts

Cleveland School of the Arts
Wall of Fame Alumni Award

2000 The Brother Circle of Cleveland
Certificate of Appreciation

Battle of the Dancelines, Judge

2015 Battle of the Dancelines, Judge

International Association of Blacks in Dance Conference, Moderator
Panels: Men in Dance; College: To Go or Not to Go

State Fellowships
For artistic achievements in dance, I have received fellowships awards from both the State of Ohio (2001) and Alabama (2016) totaling in amount of $10,000.

Alabama State University/Alabama State Council on the Arts
For the 2015-2016 and 2017-2018 school years secured a total of $27,500 in funding to develop several educational and artistic programs that benefitted the dance program, University community, and the region.

2017-Present International Association of Blacks in Dance, Inc.
Next Generation Board Member

2002-2003 Young Audiences of Greater Cleveland, Artist Representative to the Board Member