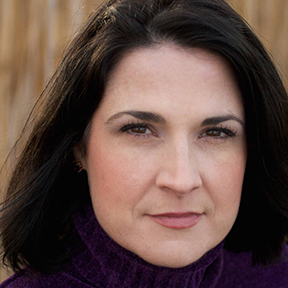 Tracy  has been a soloist in prominent venues including the Kennedy Center, Carnegie Hall, Lincoln Center, NPR broadcasts, and national television programming. As presidential soloist for the U.S. Coast Guard Band, she received the Coast Guard Commendation Medal (one of that service's highest honors) for "outstanding achievement," was also awarded the Coast Guard Achievement Medal, was recently honored to be recognized with a Career Achievement Award and induction into her high school Hall of Fame, and was named a Singing Hoosiers Distinguished Alumna at her alma mater, Indiana University. She holds an undergraduate degree from the Indiana University School of Music, and graduate and post-graduate degrees (DMA ABD) from the University of Cincinnati College-Conservatory of Music.

She has sung by invitation for former Presidents and political dignitaries including George W. Bush, William Clinton, Senator Robert Dole, and Secretary of Defense William H. Cohen, who selected her to appear as a soloist at the annual Pentagon Pops concert in LA. She was especially honored to be a featured soloist in the September 11, 2002 memorial service at the Pentagon.

Highlights of her cabaret career include the Kennedy Center Millennium Artists Series, two-time finalist and prize winner at the American Traditions Competition, and fellow of the Eugene O'Neill Cabaret Symposium, where she studied with legendary singers Margaret Whiting and Julie Wilson. Recordings on which she is featured include the world premiere performance of Schubert's Der Graf von Gleichen, two Coast Guard Band CDs, three Archangel Voices releases, the Woodland Scholars' A Woodland Christmas, and her solo CD of songs by Hoagy Carmichael, entitled Moon Country.

Recent credits include the national tours of Once as Baruska/Musical Supervisor (Prather), and Company Manager for Chicago (NAMCO). She has also performed as the Mother Abbess/Elsa understudy for the international tour of The Sound Of Music in 2008, served as the Associate Conductor for the 2004-2005 national tour of Fiddler On The Roof, appeared as an opera singer and pianist at the Venetian Resort Hotel (Las Vegas), and has served in various capacities as either conductor, associate conductor, music director, or accompanist for organizations including the West Hartford Women's Chorale, Desert Spring Arts Chorale, and Sun City MusicMakers Chorale. Productions she has music directed include Kinky Boots, Violet, [title of show], Drowsy Chaperone, Company, Spring Awakening, Working, Into The Woods, Man Of La Mancha, Little Shop Of Horrors, Chicago, Godspell, Hello Dolly!, Oliver, Joseph...Dreamcoat, West Side Story, and numerous revues. After seven years as the Musical Theatre/Commercial Jazz specialist, Musical Director, and Vocal Jazz Ensemble conductor on the voice faculty at the University of North Carolina at Pembroke, Ms. Thomas has joined the faculty in the Department of Theatre and Dance at the University of Memphis as Assistant Professor, Musical Theatre Voice. She is also a proud company member of Opera Memphis, and has appeared in productions of Madama Butterfly (as Mother) and the annual improvisational holiday event "A Victorian Holiday" at the Dixon Gallery & Gardens.