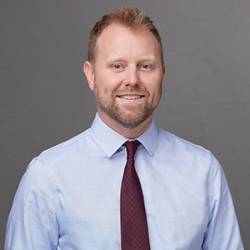 Dr. Eric Groenendyk joined the Department of Political Science at the University of Memphis in 2009 after completing his Ph.D. at the University of Michigan.  His research focuses on the social and psychological factors that motivate political behavior, typically in the context of American politics.  His recent work examines the nature of political ideology, partisan division over the conceptualization of racism, how expectations of conflict shape public opinion and behavior, and tensions within American political parties.  His work has appeared in numerous journals including the American Journal of Political Science and Journal of Politics.  His book, Competing Motives in the Partisan Mind, was published by Oxford University Press in 2013.

He teaches courses on American Government, Public Opinion, Political Behavior, Political Parties and Elections, and Research Methods.  He has served as the Graduate Studies Coordinator and CAS Graduate Council Representative for his department since 2016.  He also serves on the Governing Council of the International Society of Political Psychology. 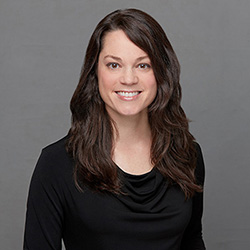 Jennifer Mandel received her PhD in Biological Sciences from Vanderbilt University in 2008. After postdoctoral training in the Plant Biology Department at the University of Georgia, she joined The University of Memphis as an assistant professor in 2014 and was promoted to associate professor in 2019. From 2019 to 2021 she served as the Assistant Director for the Department of Biological Sciences Center for Biodiversity and she currently serves as a member of the FedEx Institute of Technology’s ENDEAVOR-AgriTech Leadership Team.

Mandel and members of her lab (mandel-lab.org) study sunflowers and their relatives to understand the mechanisms that drive and maintain plant biodiversity. Research from her lab also focuses on using genetic and genomic approaches to study crop and wild species. Dr. Mandel’s research has been funded by the United States Department of Agriculture, the National Science Foundation (NSF), and the Smithsonian Institution. Recently she and colleagues at Auburn University and the University of Georgia have been awarded a 4 year $2.2M grant from the NSF Plant Genome Research Program to study the genomics of floral development and evolution in the sunflower family. Her work has been published in over 60 peer-reviewed articles in high impact journals including Nature and The Proceedings of the National Academy of Sciences. She teaches both undergraduate and graduate courses in Ecological Genetics, Plant Ecology, Molecular Ecology and Conservation, and General Biology.

She oversees a partnership with the Memphis Botanic Garden and the University of Memphis to promote academic and educational exchange between the two entities. She is a member of the Tennessee Plant Conservation Alliance Steering Committee, and she was recently elected to the Executive Committee for the Association of Southeastern Biologists where she also serves on their Human Diversity Committee. She serves as the Co-Editor in Chief of the journal CAPITULUM, an Associate Editor for Systematic Biology, and on the Editorial Board of the Journal of Systematics and Evolution. 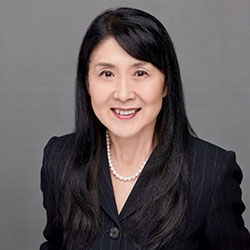 Yuki Matsuda is a professor of Japanese in the Department of World Languages and Literatures and coordinates the Japanese program. She received her Ph.D. in linguistics from the University of Southern California and joined the university in 2000. Her research and teaching interests include Japanese linguistics and the applications to language pedagogy, focused on the multimodal social semiotic analysis of the Japanese language and the writing system used in Japanese popular culture and multimedia.

Her recent publications include Poetics of Popular Culture: The Hidden Multimodality in Japanese Scripts (Tokyo, Kazama Shobo 2019) and numerous journal articles on the social semiotic aspects of the Japanese writing system.

She is a recipient of the 2008 Alumni Association Distinguished Teaching Award at the university and a Consul-General’s Commendation Award in 2020 for her contribution to Japanese studies and Japanese language education. She also served as a board member of the College Board’s inaugural AP Japanese Curriculum and Exam Development Committee and a Distinguished Guest Research Fellow at Japan’s National Center for University Entrance Examination. 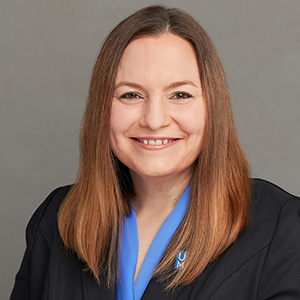 Sable’s research program spans the fields of behavioral neuroscience and neurotoxicology, with a central focus on examining neurobiological and environmental factors that contribute to externalizing disorders, particularly attention-deficit hyperactivity disorder (ADHD) and substance use disorder (SUD). Dr. Sable and her collaborators at Cincinnati Children’s Hospital Medical Center have been examining inhibitory control, decision-making, and drug reinforcement mechanisms in knockout rats lacking the Lphn3 gene, as variants in Lphn3 gene expression have recently been reported to be associated with both ADHD and SUD. While ADHD and SUD are often comorbid and highly heritable, Dr. Sable also examines how early environmental insult (particularly perinatal exposure to environmental contaminants) alters the propensity to develop ADHD and SUD later in life.

Sable is recognized as attaining $1 million or more as Principal Investigator on externally supported sponsored projects at the University of Memphis. Full details of her research and external support can be found on the Millionaires page in this edition of Accolades.