Each year the pool of candidates for the College of Arts and Sciences Distinguished Research Award (CASDRA) consists of those faculty members who are nominated for the Alumni Association for Distinguished Research or Creative Achievement (AADRACA) and who are not selected for an AADRACA that year. For more information on this award, please visit the CAS website. 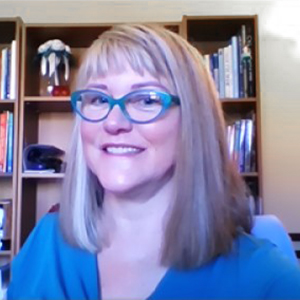 Robin Lennon-Dearing, PhD, MSW, is an associate professor at the University of Memphis School of Social Work where she joined as faculty in 2010. As a community engaged scholar her research agenda seeks to address disparities in all forms ­­ social, economic, racial, gender and health related -- that affect the Midsouth and the nation. Using an anti-oppressive practice framework and an intersectional perspective Dr. Lennon-Dearing uses research as a tool to uncover and document social inequalities, increase awareness of social injustices and oppressions, and mobilize communities to take actions to advocate for social change.

Lennon-Dearing’s long-term university-community partnerships addressing social issues in the community have provided quality service-learning opportunities for hundreds of University of Memphis students. Her projects create important opportunities for students to interact with and serve vulnerable communities while working to address social problems.

She has been a PI or co-investigator on several university and NIH-funded grants. As the sub-award PI of CFAR/NIH research, Integrating Community Health Workers as part of the HIV Care Team, she successfully worked with multiple sites in the Memphis Transitional Grant Area to examine the impact of training community health workers as members of the HIV care team, their role on the team, and their impact on access to care, retention and viral suppression. This includes evaluating implementation strategies that were used in providing training and ongoing mentoring to community health workers and supervisors.

Dr. Lennon-Dearing served on Shelby County’s Ending the HIV Epidemic plan and her research work on enhancing the frontline HIV workforce was incorporated into the plan as were activities to educate the public and policy makers about the state’s outdated HIV criminal code. She is the co-founder of the Tennessee HIV Modernization Coalition which has the goal of updating Tennessee’s HIV criminal statues to reflect current science. In partnership with the Williams Institute at UCLA Law her research has detailed the unequal enforcement of state-level HIV criminal laws in Tennessee revealing racial and gender disparities. 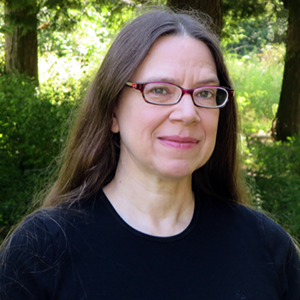 Cristina Maria Cervone joined the faculty of the University of Memphis in 2012. An Associate Professor of English, she also serves as the Director of the English Honors Program and advisor to Psi Omicron, the university’s chapter of Sigma Tau Delta, the International English Honor Society.

Cervone is a medievalist working on the interrelations of metaphor, cognition, and poetics. Her research focuses primarily on late medieval English writing, thought, and culture, and secondarily on how language, broadly considered, conveys meaning. Her interests include how poetic form enacts or encodes thought; how tropes (such as allegory and metaphor) engage some “other” sense of language, a sense not written directly on the page; the theological potential of language and poetics; the signifying properties of material objects; the nature and significance of Middle English lyric, which acts in ways different from continental lyric poetry of the period or lyrics of other periods; vernacularity, both linguistic and cultural; collective subjectivity; and cultural networks of artistic and aesthetic influence. She is considered a leading expert on Middle English lyric and on poetics, particularly theological poetics or the metaphoricity of poetics.

A current project brings contemporary cognitive theory to bear on medieval texts and, conversely, sees value for metaphor theorists in medieval linguistic innovations and the poetic structures that fostered them. In the late fourteenth and early fifteenth centuries, when English writers increasingly selected Middle English (as against Anglo-French and Latin) for their thought experiments, metaphor was an important element in — perhaps even vital to — the English language’s emerging qualities. Moreover, the project engages questions of broad interest today: how does thought work? Is metaphor fundamental to thought? Medieval practice, like psycholinguistic theory, suggests perhaps so.

Significant publications include Cervone’s monograph, Poetics of the Incarnation: Middle English Writing and the Leap of Love (University of Pennsylvania, 2013); a volume of essays co-edited with D. Vance Smith (Princeton University), Readings in Medieval Textuality: Essays in Honour of A. C. Spearing (D. S. Brewer, 2017); and a newly published large collaborative project co-edited with Nicholas Watson (Harvard University), What Kind of a Thing Is a Middle English Lyric? (University of Pennsylvania, 2022), as well as numerous articles and book chapters. 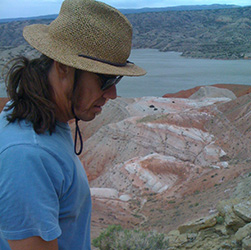 Cox’s primary research interests involve active faulting, earthquake hazard, and tectonic and climatic landscape evolution. Other interests are paleogeography, biogeography, plate tectonics, structural geology, and organic evolution. He has conducted investigations of geologically recent faulting in the Mississippi Embayment, in the southern Oklahoma Rift, in eastern Tennessee, on the U.S. Atlantic coastal plain, in Madrid Basin in central Spain, and on the North American/Caribbean plate boundary in Honduras.

He has a keen interest in the tectonic history of eastern North America. He is also investigating the timing and environmental settings of wind-blown sediment deposition in the central U.S. as part of a broader program of landscape and climate studies. 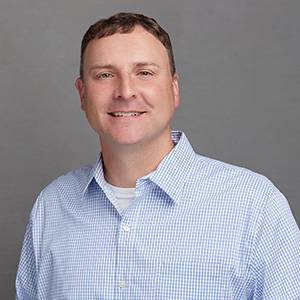 Wesley James is entering his 14th year at the UofM and currently serves as Professor of Sociology and Executive Director of the Center for Community Research and Evaluation (CCRE). He received his Ph.D. from Mississippi State University in 2009.

James' primary research interests are medical sociology, demography, and rural health. He has been the PI on numerous grants and contracts, primarily in the areas of health and education in the Mississippi Delta. He is a member of a collaborative team on the GROWWTH project, a community partnership led by the university and funded by the TN Dept. of Human Services. Currently, his research agenda is focused in three areas: (1) U.S. mortality disparities across time and place, (2) social determinants of health and mortality in rural America, and (3) evaluating health and educational interventions in the Mississippi Delta.

He is an active member of the Southern Sociological Society (SSS), Population Association of America (PAA), and Southern Demographic Association (SDA), and is currently President of SDA. He is a member of the 2020 class of P.I. Millionaires at the University of Memphis, has been recognized with excellence in teaching as the 2013 recipient of the W. Russell Smith Award, and is the 2021 Pat E. Burlison Professor at the UofM. Dr. James has delivered talks on rural health around the nation, highlighted by invited presentations at a Congressional Briefing on Capitol Hill and at the National Cancer Institute. Dr. James has been published in American Journal of Public Health, Social Science and Medicine Population Health, Demographic Research, N-IUSSP, Population Research and Policy Review, Journal of Rural Health, and many others.