"After the first day of classes it was like this is it, this is going to be my major." 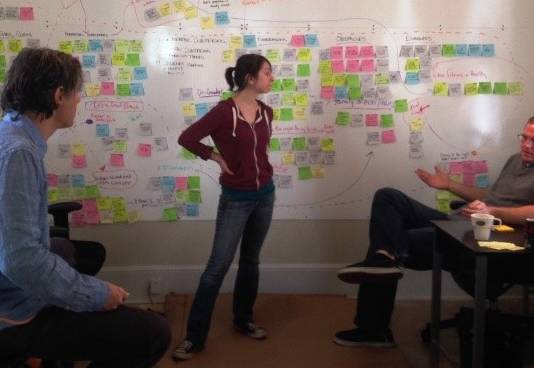 Although anthropology wasn't the first major she chose, after her Introduction to Cultural Anthropology course Holly Lissner fell in love with the discipline. "After the first day of classes it was like this is it, this is going to be my major." The applied focus of the professors in the program inspired Holly to pursue community development and allowed her to connect with Memphis in new and exciting ways.

"It made me think about community in a different way and I got to a point in my life where I was in great need of community. I started seeing just how awesome Memphis actually was, just how many assets are here." While she had always wanted to feel her work was meaningful in some way, "the definition of meaningful became more and more about what can I do for Memphis."

Influential in her experience was the opportunity to work one-on-one with now professor emeritus Dr. Stan Hyland. With Dr. Hyland, Holly was able to take a specialized methods course as an independent study and completed a community development project for her senior thesis. The skills she learned and the connections she made through the department would later set her up for her current career.

Most recently, Holly has been a Design Anthropologist/Lead Ethnographer at Southern Growth Studios, a consulting agency in Memphis, TN. She worked on a team of other social scientists doing consumer research design, data collection, and analysis for clients on a variety of topics. "I am absolutely applying my skills in a way that a traditional marketing research company would not be utilizing." Currently, Holly is preparing to continue applying these skills at a new position at FedEx.

When looking for new hires and interns, Holly says Southern Growth and similar firms want someone "you know can put out the right energy so that they can follow a conversation and have that particular type of critical thinking skills so that they can fill in the gaps." In order to meet their clients' needs, team members need the ability to interview, analyze, and synthesize information effectively.

For current students, Holly offers this recommendation: "Get involved. I know that's kind of an obvious but if you want to actually learn the skills [...] you're going have to take that extra mile to do more. You get out of it what you put into it. And I put a lot into it and I got a lot out of it."