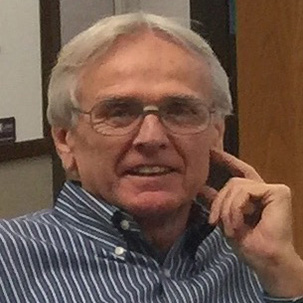 Professor and Plough Chair of Excellence, School of Communication Sciences and Disorders

D. Kimbrough Oller (Ph.D., Psycholinguistics, University of Texas, 1971) is Professor and Plough Chair of Excellence at the University of Memphis. He is an External Faculty Member of the Konrad Lorenz Institute for Evolution and Cognition Research, Klosterneuburg, Austria, an affiliate of the Institute for Intelligent Systems at The University of Memphis, and a member of the Scientific Advisory Board of the LENA Research Foundation of Boulder, CO. His research focuses on vocal development and acquisition of spoken language. In over 230 articles and books the work addresses infant vocalizations, early speech production, multilingualism, and evolution of language. His bilingualism research includes Language and Literacy in Bilingual Children (edited by D. K. Oller and R. E. Eilers), from Multilingual Matters (2002). His research in evolution and development of language includes The Emergence of the Speech Capacity (2000, Erlbaum), The Evolution of Communication Systems: A Comparative Approach (edited by D. K. Oller and U. Griebel, MIT Press, 2004), Evolution of Communicative Flexibility: Complexity, Creativity, and Adaptability in Human and Animal Communication (edited by D. K. Oller and U. Griebel, MIT Press, 2008), and in a 2016 volume for Topics in Cognitive Science, New Frontiers in Language Evolution and Development (edited by D. K. Oller, R. Dale, and U. Griebel). Oller's research has been funded since the 1970's by the National Institutes of Health.