Writing in Three Dimensions: Myth and Metaphor in Ancient Egypt 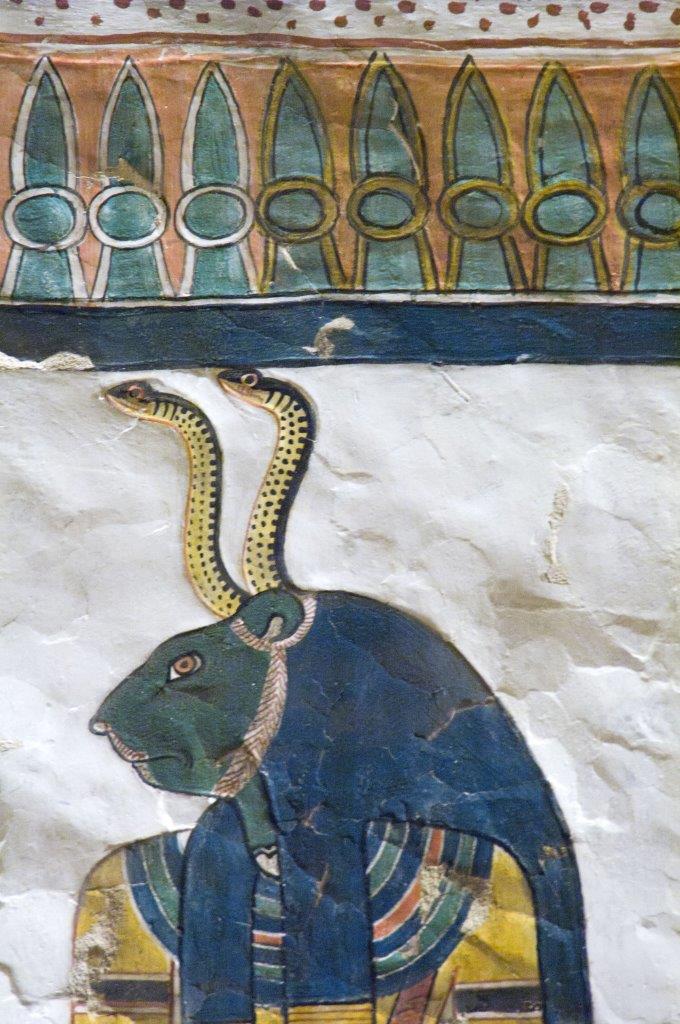 Come explore the Egyptian art exhibit, “Writing in Three Dimensions: Myth and Metaphor in Ancient Egypt,” at the Art Museum of the University of Memphis from October 18th to November 29th. Curated by California based artist, Jacqueline Thurston and Dr. Lorelei H. Corcoran, professor of Egyptian art and director of the Institute of Egyptian Art & Archaeology, together with graduate students majoring in Egyptology at the University of Memphis, Andrea Courtway, Kate Gosnell, Bethany Jensen, Paige Nehls and Charles Rhodes, the exhibit features stunning photographs of an intimate scale that capture details of monumental art from Egyptian tombs and temples as well as real antiquities chosen from the Institute’s own collection.

Thurston, a two-time recipient of National Endowment for the Arts Awards in Photography, captured the photos during a 2006 Fulbright Fellowship in Egypt. They appear, together with her poetical writings in her book, Sacred Deities of Ancient Egypt, which was the inspiration for this show. Thurston’s Egyptological collaborator on the book, Dr. Amy Calvert, earned her MA in art history with a concentration in Egyptian art and archaeology at the University of Memphis.

The antiquities in the exhibit have been selected by Dr. Corcoran and graduate students in her fall seminar. One of the objects that hasn’t been seen for some time is the mummy of a cat, a votive offering to the household goddess Bastet, and a view of what’s inside the wrapped linen provided by a digital CT scan. Another object not usually on exhibit is a small piece of linen inscribed with Spell 144 from the Book of the Dead that helped the deceased pass through one of the gates of the underworld guarded by ferocious guardian figures.

We have also incorporated videos into the exhibit produced by graduate students in response to Thurston’s photos. Whereas the motto in museums is “Don’t touch!” for the safety of the collections, in collaboration with Dr. Josh Roberson, IEAA assistant director, and Casey Parkman of the sandbox at McWherter Library, we will also have 3D models available of some of our antiquities that can be handled.

The theme of this exhibit is thinking about how the ancient Egyptians approached the solution to problems that all humans have grappled with throughout time. Why are we here? What is the meaning of life? Whereas we dogmatically insist on a single solution, the ancient Egyptians allowed for more than one answer to these difficult questions. They also emphasized harmony and balance in their social structure, evident in their art and literature, in order to achieve a state of equilibrium that they called Maat.