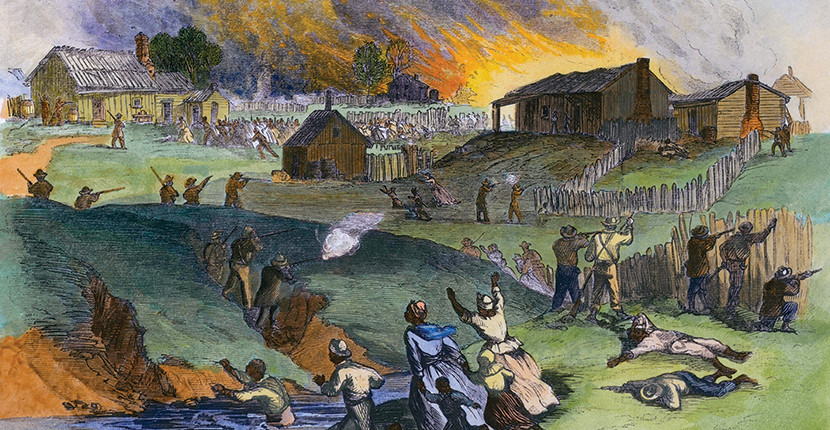 Memories of a Massacre: Memphis in 1866, a Symposium Exploring Slavery, Emancipation, and Reconstruction

On May 20-21, 2016, and in partnership with the Tennessee Civil War National Heritage Area, Humanities Tennessee, the National Park Service, and a host of other academic and community partners, the University of Memphis hosted "Memories of a Massacre: Memphis in 1866, a Symposium Exploring Slavery, Emancipation, and Reconstruction."

The culmination of a semester-long series of lectures, workshops, discussions, and book talks, the symposium featured historians and scholars from across the country, including Robert K. Sutton, Chief Historian of the National Park Service.  Together, their presentations and the ensuing discussions pried open what has for 150-years been the carefully concealed history of Reconstruction, its legacies, and the significant role that Memphis played in both. The discussion that followed each presentation was lively, informed, and illuminating.  We learned much over these two days: about ourselves, our city, our nation, and our work of public memory.

For those who were unable to join us for the symposium, video is now available on the Memphis Massacre blog. Feel free to record your thoughts and responses in the "comments" sections.  Let's continue the conversation.

In coming weeks, we will be posting pictures taken during the symposium as well as a selection of historical images presented by the scholars during their discussions.  Plans are also underway to produce a book containing the scholars' presentations and related primary sources.

Please visit our "Upcoming Events" page and follow us on the Memphis Massacre blog, Twitter, and Facebook pages where we will post announcements about upcoming events (our own and our partners') as we continue to probe the hard histories that have shaped us, our city,  and our nation.