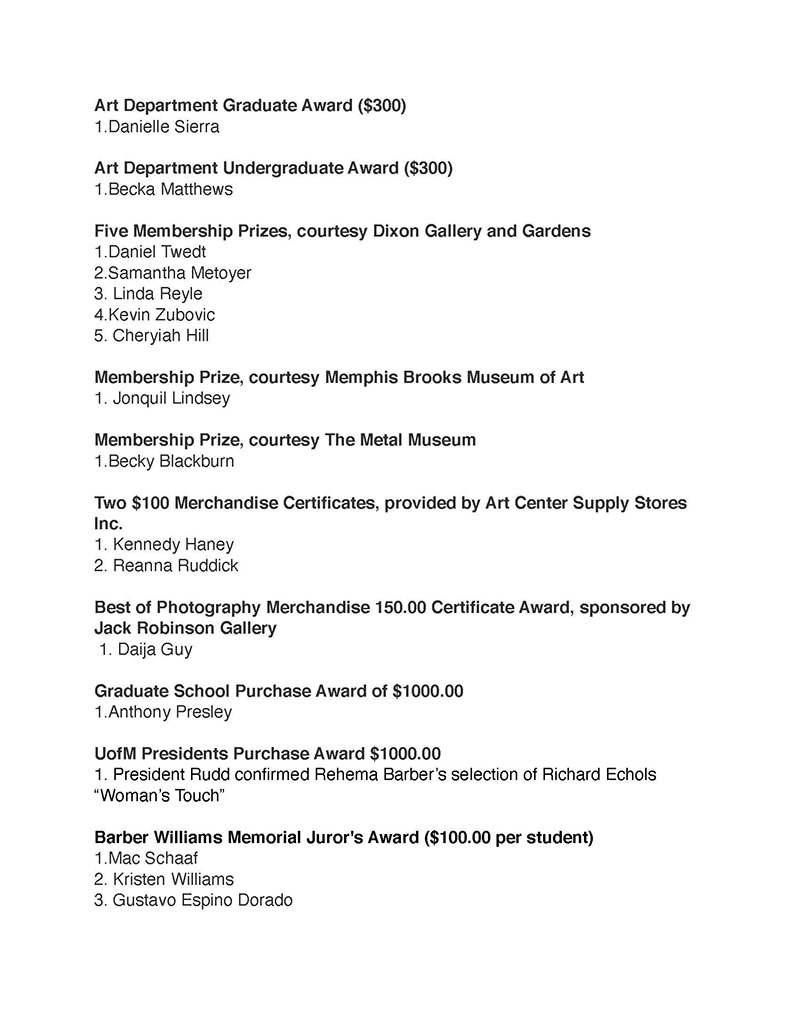 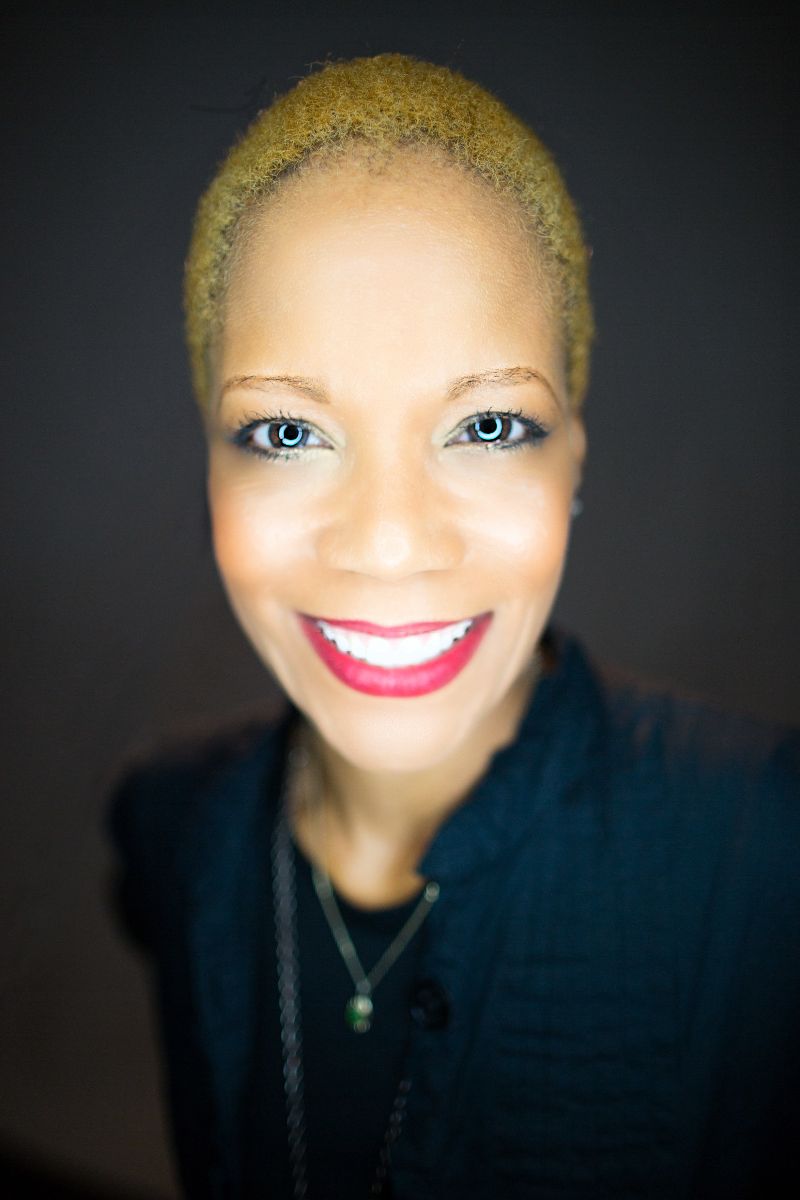 Rehema C. Barber is the Chief Curator for the Kalamazoo Institute of Arts (KIA). Formerly, Barber was the Director and Chief Curator of the Tarble Arts Center at Eastern Illinois University and has also worked for various institutions such as: University of Illinois Urbana-Champaign's School of Art + Design (UIUC), University of Memphis, Memphis College of Art, Power House Memphis, The Amistad Center at the Wadsworth Athenueum Museum of Art, where she has taught and lectured extensively. Barber has been a participant in the 2018 Getty Leadership Institute, the 2012 Japan Foundation's Curatorial Exchange Program, the Getty Leadership Institute: The Next Generation in 2007, the Henry Luce Foundation Jewish Art Institute at NYU in 2006, and a 2001 Romare Bearden Fellow at the Saint Louis Art Museum.

Notable exhibitions include Bare Walls, No Boundaries and Young Americans at the Wadsworth Atheneum; Everywhere, Nowhere, Somewhere at Power House Memphis; Social Habitat: The Porch Project by Heather Hart and Painting Is Dead?! at Figure One at (UIUC); Venturing Out of the Heart of Darkness at the Harvey B. Gantt Center; as consulting curator for the Cincinnati Art Museum's presentation of 30 Americans. For the Tarble Arts Center, she curated a Dark Matter... in 2016 and co-curated In the Eye of the Beholder Barber in 2018, among other exhibitions. Barber, along with the KIA's curatorial team just reinstalled its permanent collection in December 2020 and with Dr. Deborah Willis on Framing Moments: Photography from the Kalamazoo Institute of Arts, which opened in February 2021. Currently, she is working on shows with Todd Gray, Yunfei Ji, and collaborating on an exhibition about constructions of masculinity in the 20th and 21st centuries with Larry Ossei Mensah. She is also a 2020 participant in the Art Writing Workshop sponsored by the Andy Warhol Foundation Arts Writers Grant and AICA-USA.

Barber has written for various publications and blogs such as The Commercial Appeal, Fiber Arts, International Review of African American Art, Number Magazine, and Sixty Inches From Center among other outlets. In fall 2019, Barber contributed to the Shape of Abstraction: Selections from the Ollie Collection catalogue, published by the Saint Louis Art Museum, and contributed an essay, entitled "Picturing Freedom: The Legacy of Representing Black Womanhood," in The Routledge Companion to African American Art History, edited by Eddie Chambers. She also wrote for and co-edited the exhibition catalogue In the Eye of the Beholder, published spring of 2019. Barber holds a B.A. in Art History from Roosevelt University, an M.A. in Modern Art History, Theory and Criticism from the School of the Art Institute of Chicago, and a certification in Elementary and Secondary Art Education from the University of Missouri, Saint Louis. 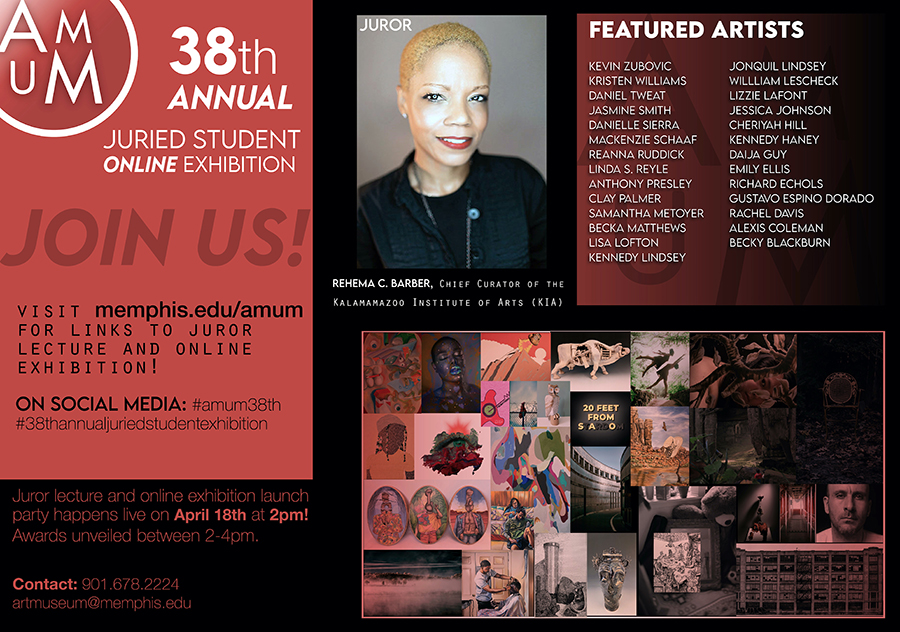