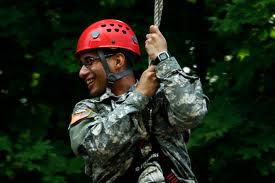 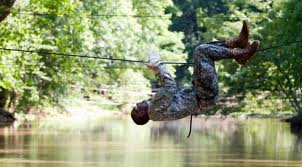 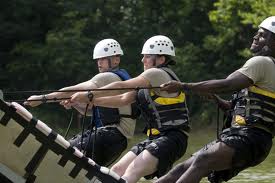 The Cadet Initial Entry Training (CIET) is the premier leadership program of its kind in the United States. An intense four-week introduction to Army life and leadership training of the Reserve Officers' Training Corps, the aim of the course is to motivate and qualify Cadets for entry into the Senior ROTC program.

CIET, as it's known, is designed for college students, typically between their sophomore and junior years. Upon successful completion of the course, graduates can take part in ROTC at their college as a third-year student in the four-year program.

While attending CIET at Fort Knox, Kentucky., Cadets gain an experience that runs the gamut of Army life and the responsibilities of being an officer. The course instills confidence and decision-making abilities to become a leader, in the Army and in life.

The four weeks of CIET are mentally grueling and physically taxing. But the reward of graduation and meeting ROTC standards is the opportunity to enroll in the world's greatest leadership program and to receive college tuition assistance.

Graduation from CIET has been the first step in many successful officers' careers. Graduates have gone on to lead America's sons and daughters in fighting to preserve American democracy and freedoms or in civilian life in the boardrooms and offices of American business.