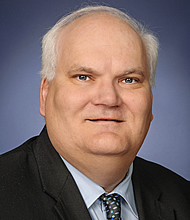 Dr. Kenneth Ward's research applies behavioral science to prevent and manage chronic diseases, including heart disease, cancer, and osteoporosis, and he has made important advances in trans-disciplinary training for the next generation of behavioral scientists. His reputation and accomplishments place him among the top researchers in tobacco use prevention and cessation. Dr. Ward is a founder and the current intervention director of the Syrian Center for Tobacco Studies, which has made important contributions to global tobacco control. He and his collaborators recently published the first controlled trial of a smoking intervention study conducted in a developing country. He also was an invited speaker at the First International Conference on Waterpipe Smoking in Abu Dhabi, where he delivered two keynote presentations and a workshop. Another focus of Dr. Ward's research has been the prevention of childhood obesity, particularly among underserved and low-income populations.

Dr. Ward has received consistent funding from the National Institutes of Health, since joining the University and has served as principal investigator or co-investigator, on 35 grants totaling $16.5 million. He has published more than 100 peer-reviewed manuscripts, offered numerous scientific presentations at U.S. and international meetings, served on NIH review committees, and is sought after as a reviewer and journal editor. He is an elected fellow of the American Academy of Health Behavior and the Society of Behavioral Medicine and was awarded the Faudree Professorship in 2010. Formerly director of the U of M's Center for Community Health, Dr. Ward has had an invaluable impact on the careers of many fellow faculty members, encouraging scores of scientists to pursue external research funding and raising the University's reputation locally and nationally. A gifted teacher and mentor, Ward has supervised dozens of doctoral students and post-doctoral fellows. He maintains an active teaching schedule, has developed key courses in public health and led the launching of the doctoral program in Social and Behavioral Sciences.