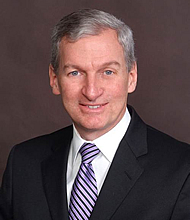 Since October 2001, Gary Shorb has served as president & CEO of Methodist Le Bonheur Healthcare.   Gary joined Methodist in 1990 as executive vice president.  Before his tenure with Methodist, he served as president of the Regional Medical Center in Memphis for four years.  His community service is extensive, serving on the boards of Memphis Tomorrow, the National Civil Rights Museum, the Memphis Bioworks Foundation, and the University of Memphis Board of Visitors, past Chairman of the Overton Park Conservancy and current Chairman of Tennessee Business Roundtable.  He also serves on the board of the publicly traded Mid-America Apartment Communities (MAA).

In November 2004, he received the Corporate Leadership Award from Volunteer Memphis’ Corporate Volunteer Council, and in 2005, received the Alexis de Tocqueville leadership award from United Way of the Mid-South.  In 2000, he received both the Leadership Memphis Kate Gooch Award for Community Service and the Memphis Business Journal’s Healthcare Heroes Award for Administrative Excellence.  In the 1980s and 1990s, a number of honors were bestowed on Shorb including United Methodist Administrator of the Year, Modern Healthcare Up and Comers Award, Outstanding Young Alumni from the University of Memphis, L.M. Graves Memorial Health Award, Mid-South Minority Business Council CEO of year in 2010 and Open Door Award in 2012.

As a current board member and former chairman of Memphis Tomorrow, Shorb is the current chairman for an initiative called Memphis Fast Forward, advocating the common sense premise that economic growth and prosperity of life will follow once Memphis-Shelby County successfully addresses the basics – good jobs, quality education, safe streets, and efficient government.

He received a Bachelor of Science degree in civil engineering from Clemson University and a Master of Business Administration from Memphis State University (now the University of Memphis).

Gary is married and has two grown children and two grandchildren.