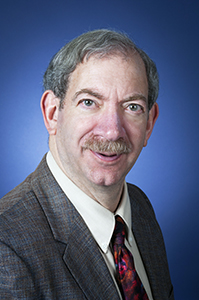 Dr. Gene A. Plunka received his Ph.D. in comparative literature from The University of Maryland, where he specialized in modern and contemporary drama. He has published eight books and forty-five articles in his areas of interest: modern drama and technical writing. Dr. Plunka also worked in private industry for five years as a technical writer and editor.

Dr. Plunka has been the recipient of these awards:

Dr. Plunka has published forty-five essays and twenty-five book reviews. His books include Peter Shaffer: Roles, Rites, and Rituals in the Theater (1988); The Rites of Passage of Jean Genet: The Art and Aesthetics of Risk Taking (1992); ed., Antonin Artaud and the Modern Theater (1994); Jean-Claude van Itallie and the Off-Broadway Theater (1999); The Black Comedy of John Guare (2002); The Plays of Beth Henley: A Critical Study (1995); and Holocaust Drama: The Theater of Atrocity (2009). His latest book, Staging Holocaust Resistance, was published in May 2012.