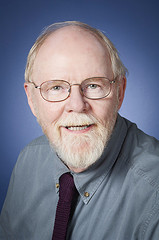 James W. Newcomb is an Associate Professor, Emeritus. He received his Ph.D. in English with a concentration in criticism from the University of Iowa. He has also taught at Loyola University in Chicago and at Huazhong Normal University in Wuhan, People's Republic of China. His research interests are in critical theory, film history and criticism, and in American popular culture.