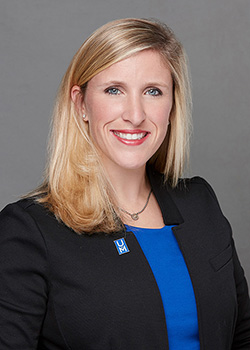 Angela Wallick is an instructor for the College of Health Sciences nutrition program. She has been practicing medical nutrition therapy in both the clinical and community setting for the last ten years. Her clinical expertise is in nephrology, where she has been board certified in renal nutrition since 2012 and after much training and education became a ertified eating disorders dietitian in 2018. Angela Wallick brings a variety of nutritional experiences and forward thinking into her nutrition counseling and teaching.

Ms. Wallick began teaching as adjunct faculty for the University of Memphis in 2012. She wanted to increase her time with students and joined as a full-time faculty member in 2018.