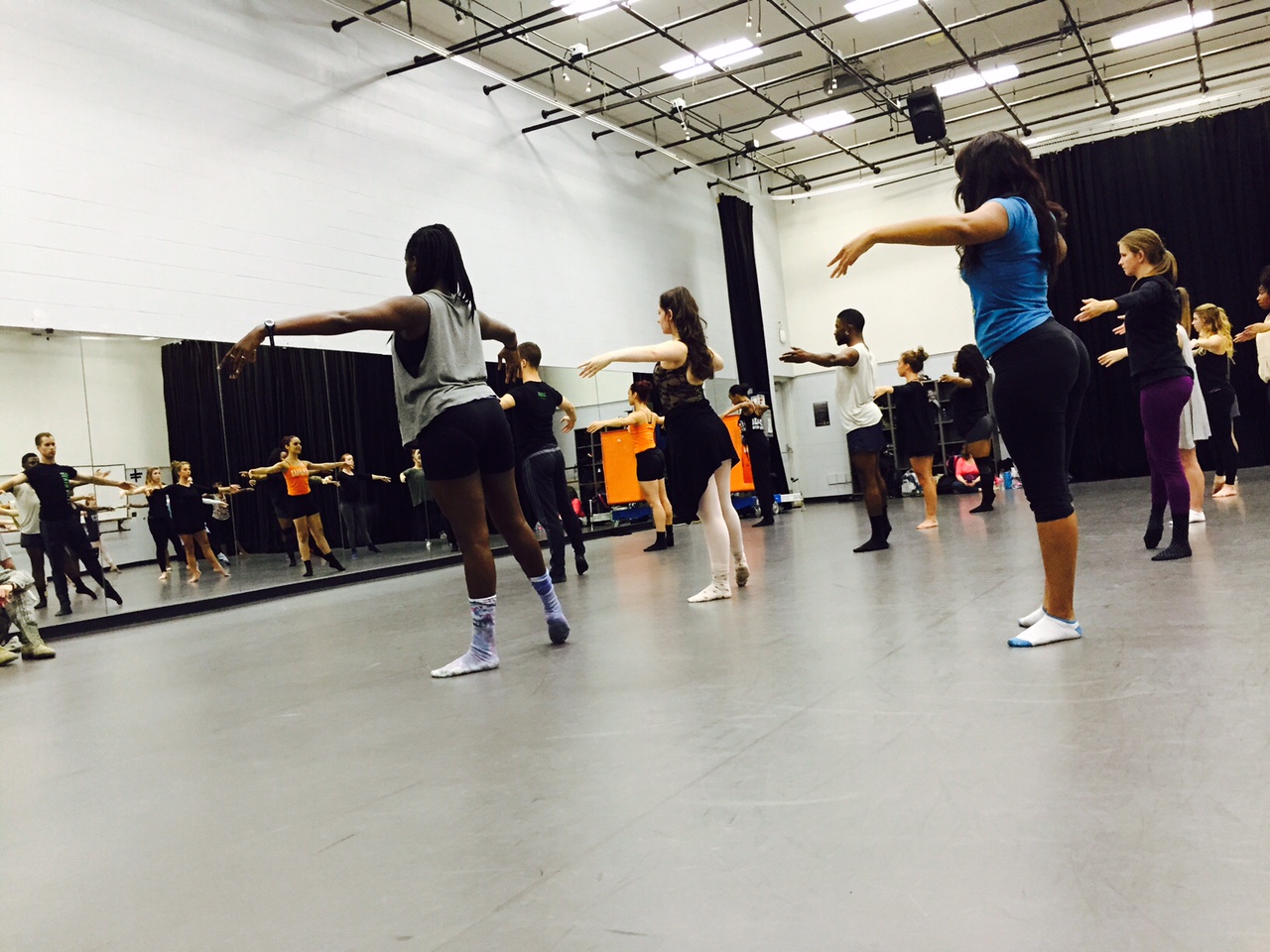 The department regularly supplements its curriculum with master classes and residencies by guest artists from all areas of theatre. Opportunities for exposure to a wide range of professionals in the field are essential to broadening and deepening the training and career development of our students.

September 15 – 19, 2017, Latrelle Bright
University of Memphis MFA in directing alum (2008) led a two day intensive in devised theatre and work-shopped
with our students in the classroom.

October 2016, Edgar Godineaux
Edgar Godineaux, Associate Choreographer for Broadway's Memphis spent a week with University of Memphis dance majors teaching famous choreographies from the likes of Mariah Carey and Michael Jackson, among others. His reconstruction of "Ain't Nothin' but a Kiss" was performed by UofM students on the Fall Dance Concert Momentum.

March – April 2016, CJ40 Productions
CJ40 Productions is an American contemporary dance company that celebrates humor and the innate theatricality of everyday life. The duet company is directed by Jill Guyton Nee and Courtney White. Two residencies were held at the University of Memphis in October 2015, and March 2016 – offering a wide variety of master classes, performances, and lecture/demonstrations regarding the rehearsal process of creative collaboration through virtual internet rehearsals.

February 2016, Sai Somboon
Sai Somboon is a Thai artist based in New York City. His background of theatre fuses with dance for a unique residency with the U of M Department of Theatre & Dance. Sai taught over ten classes for the department, and spent a week creating a new work for the Dance program's Spring 2016 show, titled Five Holidays.

January – May 2015: David Demke
Teaching several classes for both graduate and undergraduate students

October 2015, Enra
Enra is a Japanese dance troupe that fuses the art of dance with light design and projections, creating a technical experience that 'wows' audiences. The company worked directly with the UofM dance students, inviting the dancers on stage to interact with the projections in real time.

March 19, 2014,
Professor Peggy Schwartz, coauthor with her husband, Murray, of The Dance Claimed Me, a biography of Pearl Primus- Lecture

February 2014, Norwegian Cruise Lines is on campus February 6th for a day of auditions.

November 2012: Charlene A. Donaghy (Playwright – The Quadroon and the Dove)

October 2010: Catherine Ladnier (Playwright – Love in a Time of War)

April 2007: Dennis Krausnick Shakespeare Residency (A founder of Shakespeare & Company – Directed As You Like It )