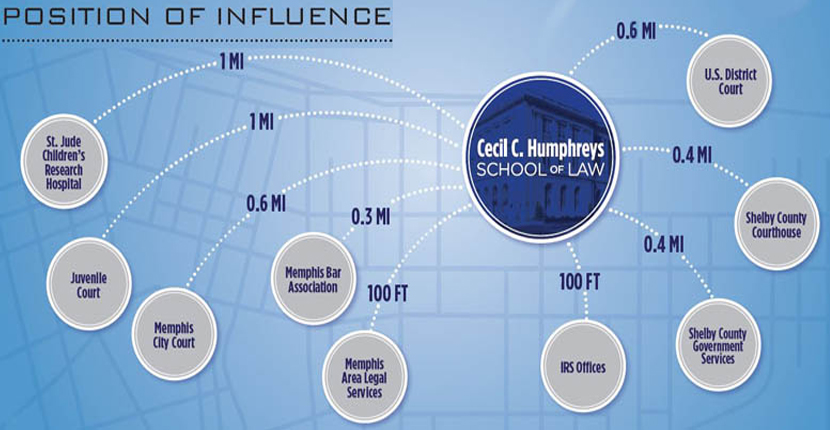 During the Summer 2016 semester, 50 University of Memphis School of Law students are enrolled in the externship course, simultaneously earning academic credit and gaining valuable hands-on legal experience through field placement work performed under the supervision of federal and state judges on the appellate and trial court levels; federal and state attorneys' and public defenders' offices; federal and state government and administrative agencies; an educational institution; healthcare entities; and non-profit legal services providers.

"By taking advantage of the law school's experiential learning course offerings, including our field-based externships and in-house, live-client clinics, Memphis Law students move beyond the foundation of core doctrinal courses and immerse themselves in supervised legal activities designed to further develop essential lawyering skills and professional values," said Daniel Schaffzin, Assistant Professor of Law and Director of Experiential Learning. "Students emerge from experiential courses that much more ready to practice law and to meet the rightfully high expectations of the future clients and employers on whose behalf they will work following graduation."

"I highly recommend the externship course at the University of Memphis because it provides a necessary exposure to 'real world lawyering' beyond the walls of the law school building," said Bob Huddleston, a rising 3L student, who is a summer extern with the Equal Employment Opportunity Commission's Hearings Unit in Memphis. "An externship provides insight into practical lawyering skills by showing how the substantive material learned in the traditional classroom translates into day-to-day legal practice. Additionally, the contacts, connections, and mentoring relationships made while working alongside supervising judges and practitioners serve the extern well in his or her future career, and, even better, are rewarding on a purely personal level."
As part of the Summer 2016 externship course, Memphis Law students are gaining for-credit learning and work experience opportunities through the following field placements: