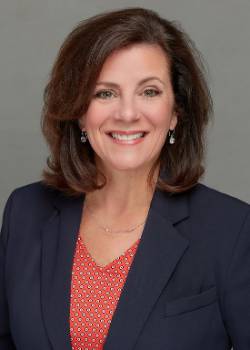 Anna M. Vescovo is a Visiting Clinical Assistant Professor of Law at the University of Memphis Cecil C. Humphreys School of Law, teaching Legal Methods to first-year law students for the 2019-2020 school year. Prior to joining the faculty, Professor Vescovo practiced law for a short time in the early 1990s at the Memphis, Tennessee law firm Wolff Ardis. For most of her twenty-eight-year career, however, she served as a judicial law clerk to appellate judges. She first served in that capacity for Sixth Circuit Court of Appeals Judge Harry W. Wellford (1991-1992; 1995-2001). Professor Vescovo then served as senior law clerk for Tennessee Court of Appeals Judge Holly Kirby (2001-2014) and continued in that position when Judge Kirby became Justice Kirby on the Tennessee Supreme Court (2014-2019). During that time, she also taught Legal Methods at Memphis Law as an adjunct professor, first in 1992-1993, and then in 2016-2017. Professor Vescovo is also a participant in the Association for Women Attorneys mentorship program, and she is an active volunteer in several Memphis community organizations.