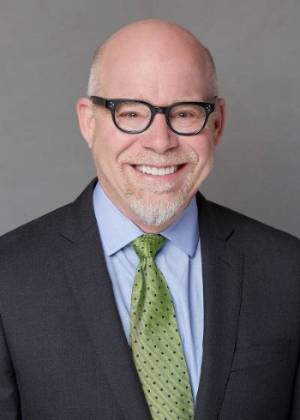 Professor and Herbert Herff Chair of Excellence Andrew J. McClurg retired from Memphis Law in January 2021. During his career, he was a nationally recognized teacher and scholar who published books and articles in the areas of legal education, privacy law, firearms law and policy, comparative law, wrongful death, logic and rhetoric, elder financial exploitation, health law, and products liability.

Previously, he was a member of the founding faculty at the Florida International University College of Law and the Nadine H. Baum Distinguished Professor of Law at the University of Arkansas at Little Rock, and has also taught as a visiting professor at Wake Forest University, the University of Colorado, and Golden Gate University.

McClurg has received numerous awards for his teaching and research. His publications have been cited in more than 1000 books, articles, and judicial opinions. Downloads of his articles on the Social Science Research Network (SSRN) consistently place him in the top 10 percent of scholars worldwide across all disciplines.

His law school prep book, 1L of a Ride: A Well-Traveled Professor's Roadmap to Success in the First Year of Law School (West 3d. ed. 2017) is recommended or required reading at law schools throughout the country, while his 1L of a Ride Video Course is a concise 13-part video tutorial for successfully navigating law school. His book The "Companion Text" to Law School: Understanding and Surviving Life with a Law Student (West 2012) prepares the loved ones of law students for the wild and crazy adventure awaiting them.

McClurg's most recent book (with Christine Coughlin and Nancy Levit), Law Jobs: The Complete Guide (West 2019) is the only comprehensive guide to every type of legal career, packed with authoritative research and featuring comments from more than 150 lawyers who do the jobs.

He was the creator and editor of an innovative series of comparative law books and coauthored the first entry in the series: Practical Global Tort Litigation: United States, Germany, and Argentina (Carolina Academic Press 2007) (Adem Koyuncu and Adem Sprovieri).

A well-known scholar in the areas of firearms policy and gun violence, McClurg is coauthor of Guns and the Law: Cases, Problems, and Explanation (Carolina Academic Press 2016) (with Brannon Denning) and Gun Control and Gun Rights (N.Y.U. Press 2002) (with David Kopel and Brannon Denning). Both books offer a balanced approach to analyzing the contentious issues surrounding guns in America.

In humor mode (a small sideline), McClurg was the monthly humor columnist for the American Bar Association Journal for several years. He is also the author of The Law School Trip (the Insider's Guide to Law School) (Trafford 2001) a parody of legal education, and co-editor of Amicus Humoriae: An Anthology of Legal Humor (Carolina Academic Press 2003) (with Robert Jarvis and Thomas Baker), a collection of humorous law review articles.

Prior to joining academia, McClurg served as a law clerk to U.S. District Judge Charles R. Scott (M.D. Fla.) and worked four years as a litigation associate. He graduated Order of the Coif from the University of Florida College of Law, where he was a member of law review.

As a hobby, McClurg sings and plays in Memphis rock cover bands.

1L of a Ride: A Well-Traveled Professor's Roadmap to Success in the First Year of Law School (West Academic Publishing 3d ed. 2017).

1L of a Ride: A Well-Traveled Professor's Roadmap to Success in the First Year of Law School (West Academic Publishing 2d ed. 2013).

1L of a Ride: A Well-Traveled Professor's Roadmap to Success in the First Year of Law School (West Academic Publishing 2009).

Why Can't We Be Friends: Improving Doctor-Lawyer Relationships Out of Mutual Self-Interest, 24 Health Lawyer 38-47 (2012) (journal of the ABA Health Law Section, invited submission).

A Thousand Words are Worth a Picture: A Privacy Tort Response to Consumer Data Profiling, 98 Northwestern University Law Review 63-144 (2003).

Bringing Privacy Law Out of the Closet: A Tort Theory of Liability for Intrusions in Public Places, 73 North Carolina Law Review 989-1088 (1995).

Your Money or Your Life: Interpreting the Federal Act Against Patient Dumping, 24 Wake Forest Law Review 173-237 (1989).

American Bar Association Journal, 1997-2001. Author of Harmless Error: A Truly Minority View of the Law, satirical column that ran for fifty-one months on the Obiter Dicta page of the A.B.A. Journal.

Neurotic, Paranoid Wimps―Nothing Has Changed, in Beyond 1L: Stories About Finding Meaning and Making a Difference in Law (Nancy Levit & Allen Rostron eds. 2019).

The Ten Commandments of [The First-Year Course of Your Choice] and Paying Respects to Law School's First Year in Techniques for Teaching Law 6, 23 (Gerald F. Hess & Steve Friedland eds. 1999).

Children of the World v. Santa Claus, in A Family Christmas 104-05 (Caroline Kennedy ed. 2007) (Christmas anthology collected by Caroline Kennedy including works by Charles Dickens, Robert Frost, Mark Twain, and many others).

Poetry In Commotion: Katko v. Briney and the Bards of First-Year Torts, The Law Teacher, Fall 1996, at 1.