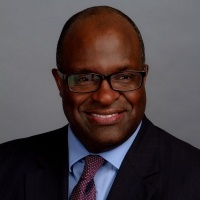 Memphis Law Professor Ronnie Gipson has been named Chair of the Experimental Aircraft Association (EAA) Legal Advisory Council, a group of EAA-member attorneys who assist the organization and its members in a variety of aviation legal matters.

“Ronnie has the knowledge and skills that will allow EAA to continue serving our members in the ever more complex worlds of aviation law and legal matters that face those of us who fly,” said Sean Elliott, EAA’s vice president of advocacy and safety.

Gipson, succeeds to the position after 10 years as a member on the Legal Advisory Council.  He is currently an Assistant Professor of Law at the University of Memphis Cecil C. Humphreys School of Law, where he advocates for general aviation issues through his scholarly work, which has been published worldwide in legal journals, and cited by Congress. As a lawyer, he represented aviation clients in FAA enforcement actions, accident/incident litigation, as well as purchase and sale transactions. Now, Gipson routinely gives webinars and presentations on issues critical to general aviation such as airport preservation; drone integration into the National Airspace System; and immunity for Designated Pilot Examiners.

“Leading the EAA Legal Advisory Council is the perfect opportunity to bring together our passion and experience in the law to preserve and protect aviation for the next generation of pilots,” Gipson said. “EAA seeks to make aviation more accessible for all who want to participate and our role on the EAA Legal Advisory Council is to assist with policy to help provide pathways and clarity for those seeking to fly, build, and restore aircraft.”

The Experimental Aircraft Association (EAA) is based in Oshkosh, Wisconsin, and embodies The Spirit of Aviation through the world’s most engaged community of aviation enthusiasts. EAA’s 240,000 members and 900 local chapters enjoy the fun and camaraderie of sharing their passion for flying, building and restoring recreational aircraft.